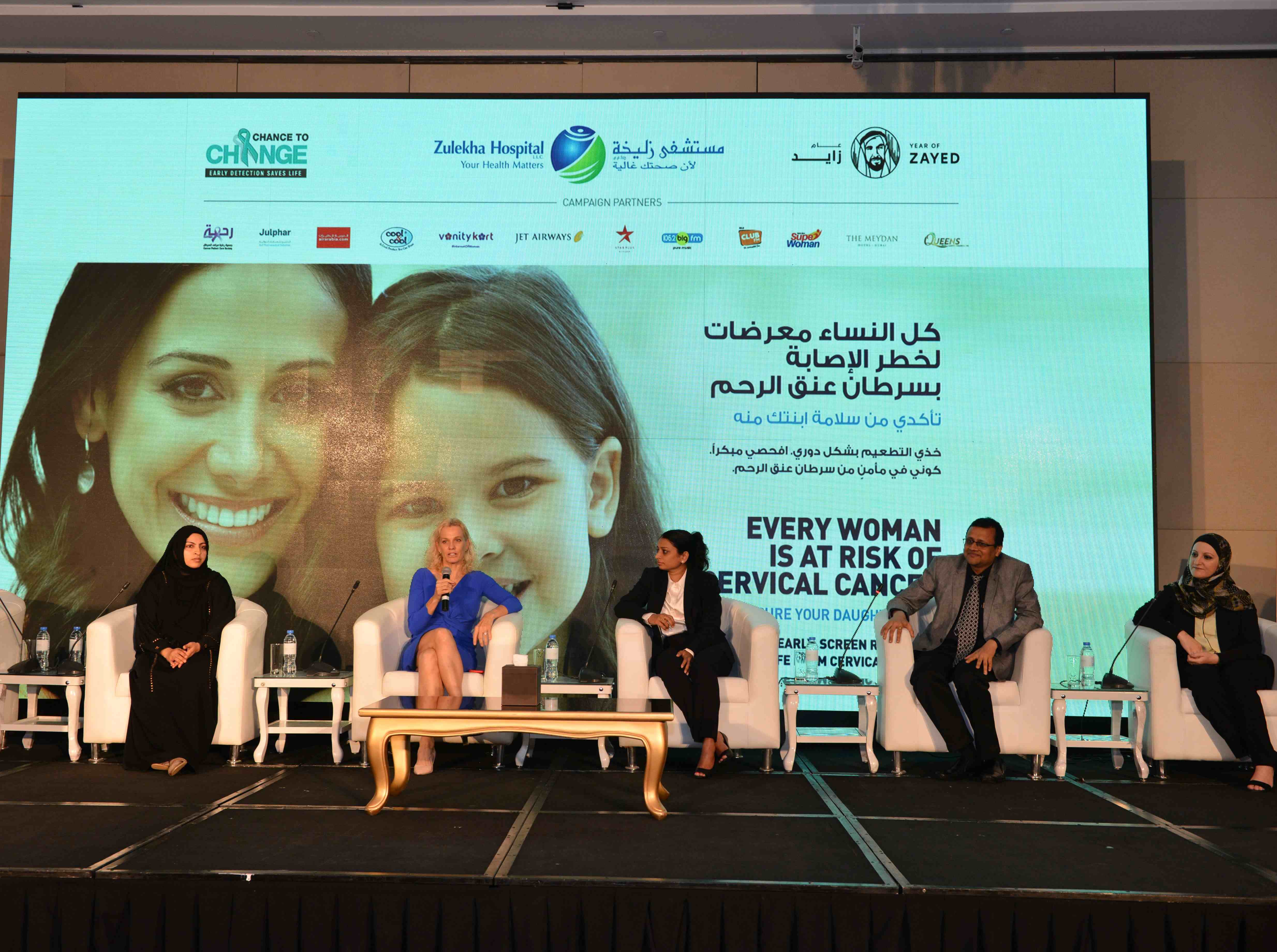 DUBAI, 30th April, 2018 (WAM) -- Zulekha Healthcare Group has launched today the fifth edition of its cervical cancer campaign at Conrad Hotel Dubai. The campaign, which was launched in 2014, has proved highly effective in increasing screenings at Zulekha Hospital Sharjah and Dubai, with attendees grown exponentially by 249 percent to 984 during 2017.

A report by HPV Information Centre outlined that at present 1.82 million women in the UAE are at risk of developing cervical cancer, and that every year 93 women are diagnosed with cervical cancer and 28 die from the disease. Cervical cancer is a largely preventable disease, but worldwide it is one of the leading causes of cancer death in women with 266,000 fatalities each year, according to the World Health Organisation, WHO.

In order to increase early detection and prevention of cervical cancer among women in the UAE and in honour of the Year of Zayed, Zulekha Healthcare Group will offer 500 free cervical cancer vaccines. The preventative vaccines are open to age group between 9 and 26 years and include residents and visitors to the UAE. This activation aims to support the UAE government’s efforts to decrease cancer fatalities by 18 percent by 2021.

Extending her support towards the campaign, Reem BinKaram said, "We are glad to see the difference made by Zulekha Hospital by taking this initiative to educate the masses on early detection and prevention of cervical cancer year on year. Cervical cancer is preventable if diagnosed early. Doctors play a very important role in educating women who visit them as well as others in the society on the importance of early detection. I urge corporations and healthcare institutions to join hands in spreading the message and work towards making UAE cancer-free."

Zanubia Shams, Zulekha Hospital Co-Chairperson, added, "We are always determined to play an important role in cancer prevention in UAE. A simple but vital change can be made through greater awareness and education of the availability of life-saving screenings for women and vaccinations for girls and boys. Our continued focus is to raise healthcare standards, improve the lifestyle of UAE residents and decrease cancer fatalities in line with the UAE’s healthcare vision."