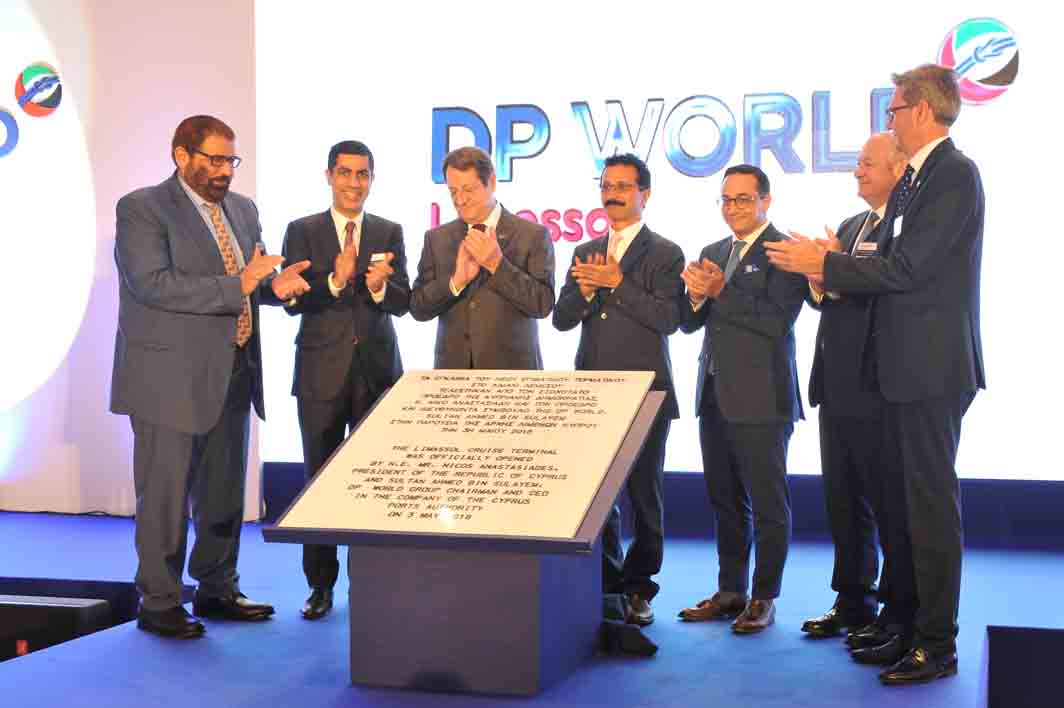 The ceremony was attended by President of Cyprus, Nicos Anastasiades, Minister of Transport, Communications, and Works, Vassiliki Anastassiadou, and several senior officials and executives of the government of Cyprus as well as ambassadors and diplomats accredited to the country.

"Today is a celebration of the teamwork and collaboration in creating a new front door for tourists coming to Cyprus. We are proud to be part of a strategic partnership with the Government and the city of Limassol to realise this national asset, one that will help develop the growing tourism sector still further. Our aim is to be the port of choice in the Eastern Mediterranean and we want to create infrastructure that enables sustainable growth of the local economy and for Cyprus."

President Anastasiades said that the opening of the terminal marks a new chapter for the Cypriot economy, as well as for Limassol and the cruise tourism industry in Cyprus.

“The Cyprus Government is particularly pleased for the highly experienced international and local partners, DP World who will ensure the success of Limassol Port in the coming decades. The Port of Limassol is one of the largest commercialisation projects in Cyprus to date. It serves as a model for the Republic of Cyprus and its ongoing efforts for a prosperous future as a modern centre for investment, trade and services”.

The operational opening of the terminal was attended by almost 300 guests and will enable the largest cruise ships in the world to visit the country for the first time. It provides world-class facilities and services for passengers and features seven pods with a total floor area of 8,205 m2. The terminal is designed to facilitate both Transit (day call) and Turnaround (home porting) services.  In addition, the East berth with a length of 480m and depth of 11m is able to handle the largest cruise vessels in the world.

The Oil and Gas logistics zone is 100,000 m2 with a 430m berth and has been awarded with full environmental impact assessment and relevant permits. Current occupation is at 30%, and has been used to support recent ENI’s successful Cyprus EEZ offshore drilling campaign. Exxon Mobile has also nominated DP World Limassol Oil and Gas zone as its planned drilling logistics base.