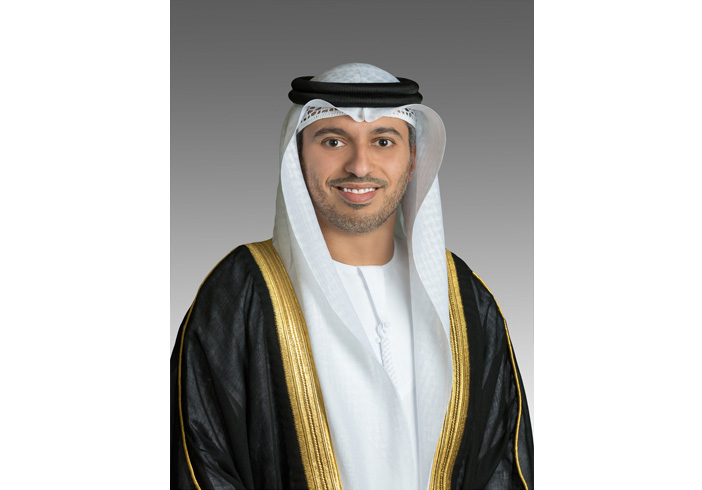 DUBAI, 12th June, 2018 (WAM) -- Dr. Ahmad bin Abdullah Humaid Belhoul Al Falasi, Minister of State for Higher Education and Advanced Skills, said that the UAE will lead the advanced skills portfolio through its forward-looking approach and will be launching several projects and initiatives in this regard.

The minister's remarks came during the second season of the Dubai Future Academy’s 'Pioneer Series’ during the Holy Month of Ramadan, which aims to enhance the exchange of knowledge and raise the level of community awareness by reviewing innovative initiatives as identified by the Future Council.

Minister Belhoul emphasised the importance of advanced skills by discussing the relationship between people and the environment in which they live in, and the availability of necessary resources to meet their needs. He highlighted that the development and adoption of skills is the means by which the individual will be able to harness his environment to meet his needs.

He also spoke about the significance of advanced skills considering the forthcoming rapid changes in the labour market due to the advanced technological trends in automation using artificial intelligence, robotics and big data analytics. He cited a number of forward-looking studies including a study by Oxford Martin, which anticipated the automation of 47 percent of jobs, and a World Economic Forum report, which indicated that 64 percent of today’s students will occupy new jobs that do not currently exist.

He noted that while these trends constitute a global challenge, they represent a unique opportunity for the UAE due to its forward-looking approach that has always enabled the country to lead in various sectors. Minister Belhoul referred to several examples in this regard, in particular; the evolution of an advanced skills portfolio in parallel with higher education, in addition to the UAE’s focus on artificial intelligence and advanced sciences, which considers the future of scientific research across different sectors.

"It is difficult to predict or identify the skills required for the future, given the rapid pace of technology development around us," he said, "so the best solution is for the workforce to have a foundation of primary skills, a work-oriented mindset to achieve self-motivation and the constant effort to utilise resources and support available. This will enable them to continue lifelong learning of professional skills needed to keep up with labour market requirements."

"When discussing advanced skills; higher technical jobs and skills comes to mind, such as programming and data analysis, robotics engineering, and 3D printing in health care, but this is only a fragment of the bigger picture, where personal skills such as communication, cooperation, creativity, analytical and critical thinking, entrepreneurship and taking initiative are equally important," the Minister added.

Belhoul also reviewed the UAE's advanced skills portfolio including progress on current efforts as well as its’ future aspirations. He noted that the UAE model is based on a comprehensive approach, which holds the individual at its core, as it aims to develop future generations with flexible skills that meet the requirements of the future labour market and keep up with its pace by embedding the concept of 'lifelong learning'.

He added that the UAE model focuses on several age groups, and on several pillars concerned with developing the skills of individuals, emphasising that the educational system as a main pillar in which the country’s aspirations are realised by teaching the concepts of artificial intelligence, programming, enhancing personal skills and developing a moral education programme in public education. Also the adoption of the National Strategy for Higher Education, which focuses on four main pillars: quality, efficiency, innovation and relevance. T Minister Belhoul said that the scholarship programme has been updated and students were encouraged to diversify their choices to include countries that are advanced in innovation indexes such as Japan, China, Finland and South Korea, which have been classified as priority countries in the scholarship programme. This has been furthered by the expansion of research and programmes to include innovation, futurology, space science, medicine and health sciences, water resources, alternative and renewable energy, sustainability and green technology, agriculture and food systems, transportation and infrastructure, and marine and ocean sciences.

He asserted that work is under way to adopt effective mechanisms to develop advanced skills in higher education students and employees in public and private sectors, with a strategy and key initiatives that will be announced in turn during the next stage.

He also acknowledged that the advanced skills portfolio comes as part of the UAE's leadership efforts, which developed the UAE Centennial 2071 plan to prepare a generation capable of carrying the future banner, holding the highest scientific and professional levels, making UAE the best country in the world.