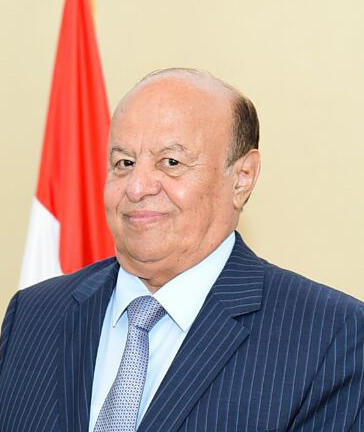 YEMEN, 13th June, 2018 (WAM) -- Yemeni President Abdrabu Mansur Hadi has called on the Arab Coalition to intervene militarily to liberate the port city of Hodeidah, following the deterioration of the humanitarian situation due to Houthi actions and their intransigence in reaching a political solution to end the crisis in Yemen.

He added that the intransigence of the Houthi militias in reaching a political solution is no longer tolerable.

In an official statement to the Yemeni news agency, President Hadi said, "We have been striving for a peaceful solution based on the three basic principles of the Gulf Initiative, its executive mechanisms, the outcomes of the Comprehensive National Dialogue Conference and UN Security Council Resolutions 2216, and we made many concessions to avoid a military solution. However, we cannot allow the suffering of our people, and prolong this war sparked by the coup militia."

The Yemeni government also affirmed that it had exhausted all political and peaceful means to remove the Houthi militia from the port of Hodeidah, and condemned the Houthi militias continued exploitation of the port as a corridor to smuggle Iranian weapons in order to prolong the conflict and the killing of Yemenis. It said that the port has been used as a platform to launch military attacks on the Yemeni forces and coalition members and continues to be a threat to international shipping using the Bab El Mandab Strait.

The government pointed out that the Houthi militia, who control the port of Hodeidah, have seized cargo ships carrying aid and prevented their access to the Yemeni people in order to sell it on the black market or to distribute it amongst its fighters.

The government reaffirmed its support of the Arab Coalition, saying once the port is fully liberated, and as part of its national duty towards the people of Hodeidah, it will work alongside the Coalition to end the suffering of locals and restore normalcy to all its districts. It added that following the elimination of the Houthis, it will commence work on restoring the province’s infrastructure - including schools, hospitals and public facilities - after the Houthis destroyed them and converted them into military barracks used to kill, loot and cause ruin.

President Hadi’s invitation of the Arab coalition forces to support the Yemeni armed forces and resistance movement to resolve the battle using military means is part of efforts to lift the injustice and suffering of the people of Hodeidah, reinstate authority to the legitimate government, and reunite it with the homeland.