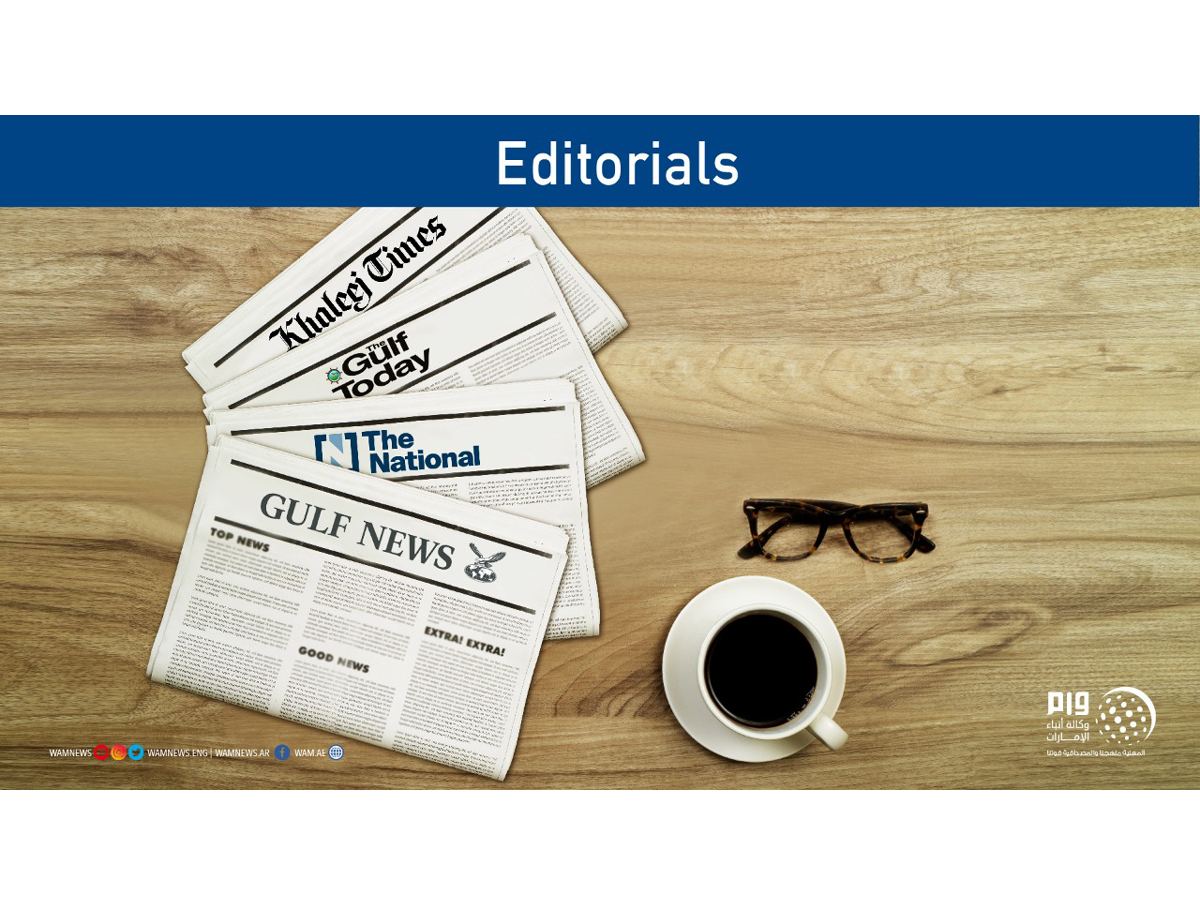 ABU DHABI, 21st June, 2018 (WAM) -- A UAE newspaper has said that Iran’s role in fomenting strife in Yemen has never been in doubt. Now there is a mountain of evidence, if it was ever needed, that points to Tehran’s destabilising support to Al Houthi militia who has inflicted untold misery on the Yemenis.

"Unmanned Armed Vehicles (drones), landmines, marine mines, anti-tank guided missiles, sniper rifles and improvised explosive devices are among the vast cache of weapons being used by Al Houthis in the conflict," said Gulf News in an editorial on Thursday.

The paper continued, "These advanced weapons were retrieved by the UAE Armed Forces participating in the Saudi-led coalition fighting to restore the legitimate government of President Abd Rabbu Mansour Hadi.

"All the weapons displayed in Abu Dhabi by the UAE Ministry of Foreign Affairs and International Cooperation bore the Iranian signature. Some of the drones are very similar to the Iranian Ababil and Jamaroosh UAVs. Manufactured in Iranian factories, these arms and ammunition - some of them sported Farsi writings - were used to kill and maim innocent civilians, including children. More than 5,000 people have died so far, and thousands more injured in the civil war.

"It has always been clear that Al Houthi hostilities were fuelled by Tehran. More than 100 ballistic missiles have been fired at Saudi Arabia, and many of the retrieved pieces had markings and logos that indicated its Iranian origins. Although Iran’s Revolutionary Guards repeatedly denied supplying the missiles to the Yemeni rebels, it is common knowledge that Al Houthis do not have the capability to produce such sophisticated projectiles.

"Iranian weaponry has sowed instability in the region, driven by Tehran’s ambitions to spread its influence through proxies: Hezbollah in Lebanon, armed groups in Syria, Iraq and Bahrain, besides Al Houthis in Yemen. Since the Iranians have repeatedly used the Hodeidah port to supply weapons to Al Houthis, it is important to liberate the Red Sea city from the militants who have controlled it since 2014.

"The Yemen Joint Resistance Forces, with the support of UAE forces, have secured the airport but will need to wrest control of the coastal city to cut off the rebel supply lines.

"Now that there is undeniable proof of Iran’s evil designs in Yemen, it is time to act. The UAE is working towards tabling a detailed report to United Nations Security Council. It is up to the international community now to turn the heat on Tehran to relinquish its bid for regional hegemony. When that happens, peace and stability will return to the region," concluded the Dubai-based daily.