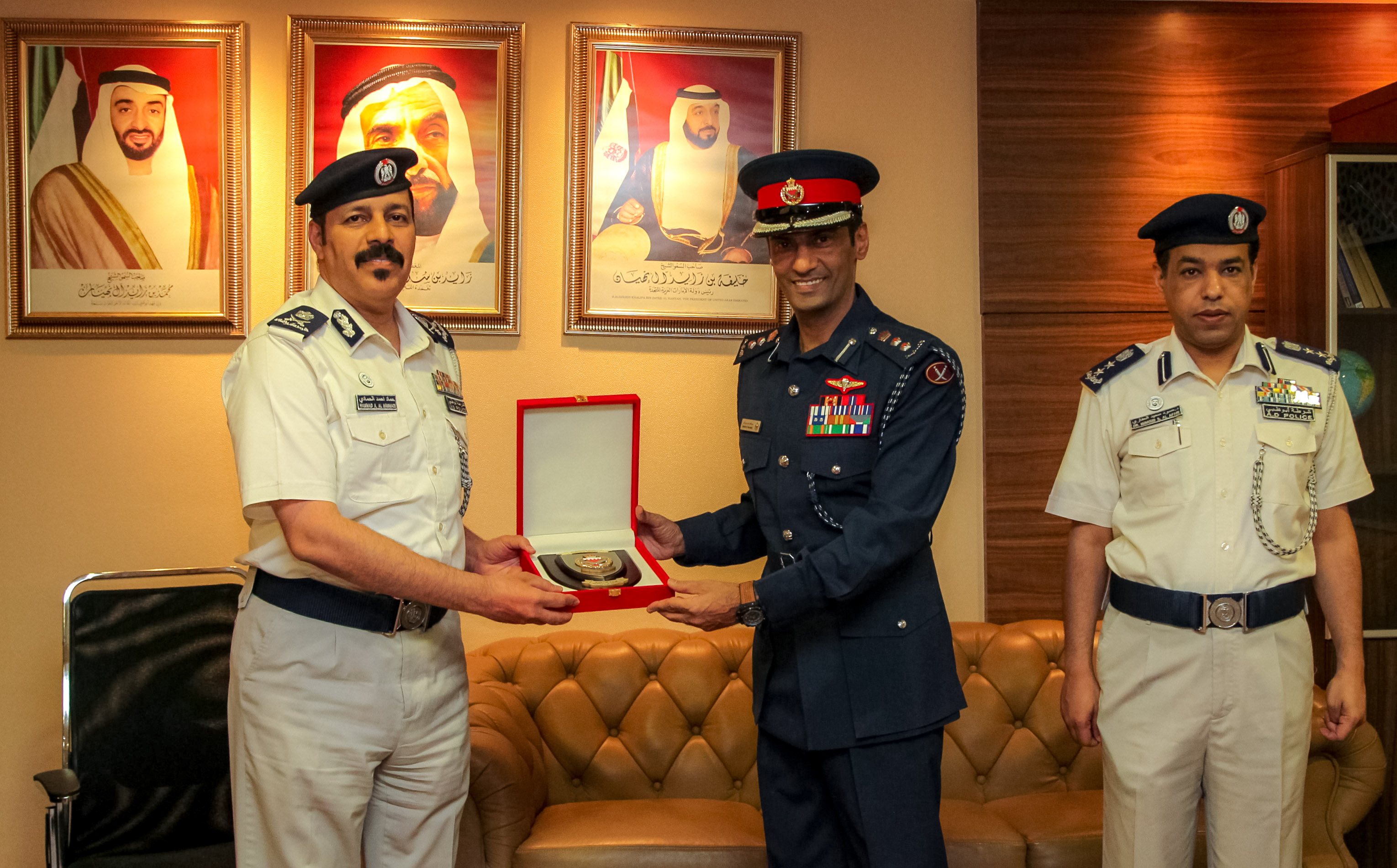 ABU DHABI, 25th June, 2018 (WAM) -- A delegation from the Community Service Police Department of Bahrain assessed the efforts of the Abu Dhabi Community Police, as well as its advanced practices and its efforts to involve the community in crime prevention.

During his meeting with the Bahraini delegation, led by Colonel Abdullah Rashid Burashid Al Anzy, Director of the Community Service Police Department, Major General Hammad Ahmed Al Hammadi, Director of the Community Security Sector at the Abu Dhabi Police, ADP, stressed the keenness of the ADP to promote new concepts of community participation, cultural and security awareness, mutual cooperation, and the exchange of knowledge.

Colonel Dr. Hamoud Saeed Al Affari, Director of the Community Police, briefed the delegation about the ADP’s organisational structure, duties and missions, and public services, as well as its future policies and plans.

The delegation was also briefed about the "We Are All Police" initiative that reflects the directives of the wise leadership to integrate the community and the police, reinforce the rule of law and maintain security and stability, as well as to achieve global excellence in competitiveness indexes.

The delegation praised the ADP’s efforts to develop its police and security work, and expressed its admiration for the ADP and its approach to involving the community in maintaining security.

At the end of the visit, both sides exchanged commemorative shields.