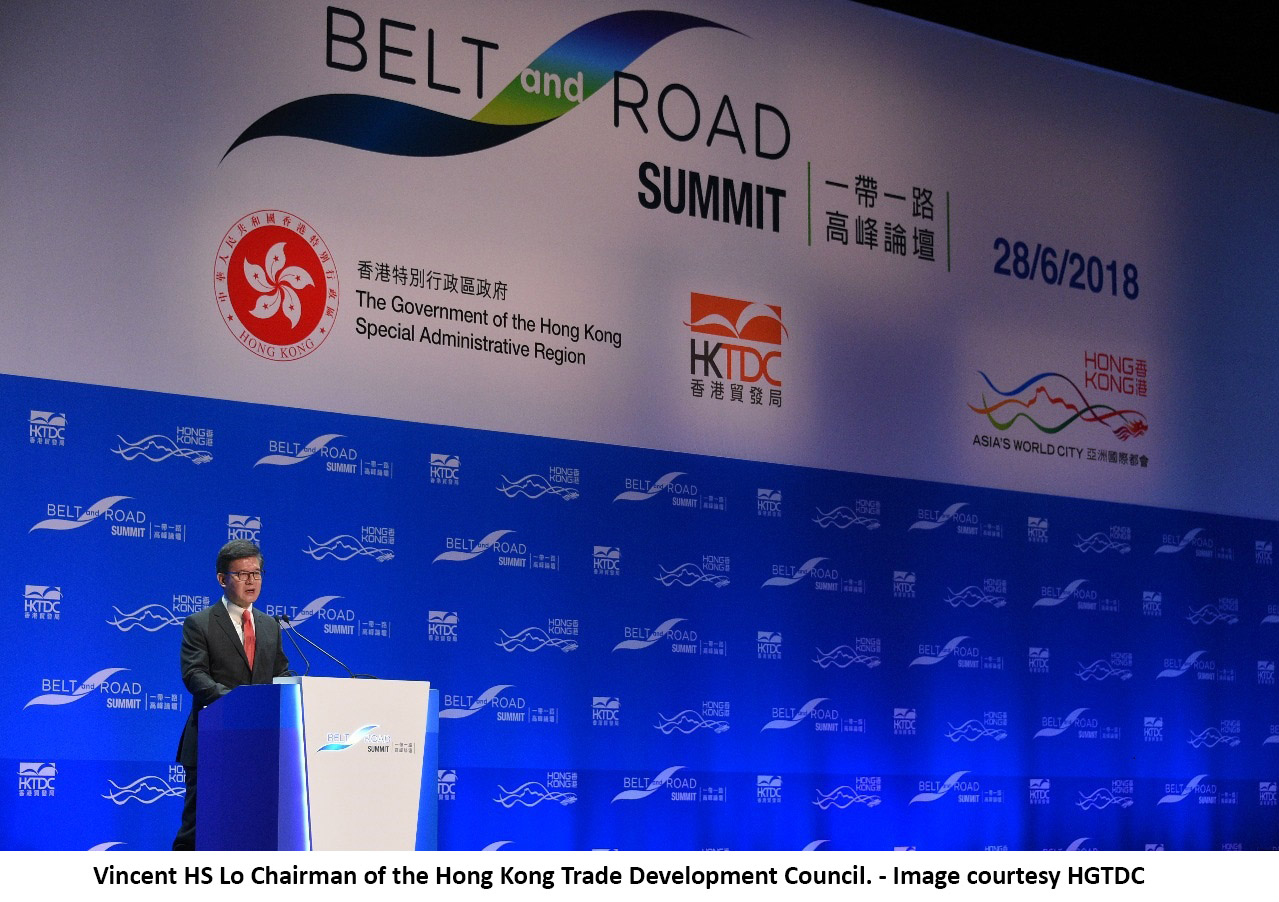 by Hatem Mohamed HONG KONG, 28th June, 2018 (WAM) -- The Middle East holds significant importance for Hong Kong and the Belt and Road Initiative, and the need now arises more than ever before to hold in-depth discussions about how the region can effectively contribute to the Initiative, said Chairman of the Hong Kong Trade Development Council (HKTDC).

"The Middle East is of course a very important region for us. But we still are not sure exactly what role we can play over there, especially within the region’s wealthy states. You are so wealthy and you don’t need funding from outside," Vincent HS Lo, told Emirates News Agency, (WAM) on the sidelines of the Belt and Road Summit, which HKTDC organised today in Hong Kong in collaboration with the Government of Hong Kong Special Administrative Region.

"However", he continued to say, "we are constantly reviewing the situation in the Middle East here in Hong Kong. We will be sending delegations to the region and definitely UAE will be playing a key role in this regard, as we need to discuss together exactly how ......

"But I see an important role for the Middle East to go to Africa. African nations are very keen to come into the Belt & Road initiative. You can see this from the significant representation of Africa in the event and you can hear it from their representatives. Middle east can play a very important role in the initiative and it is very easy to go to the continent through the Middle East."

Underling his belief that the Initiative is not just about win-win business partnerships, Lo said," Building relationships is not just about business. This year, we have added cultural elements at the Hong Kong zone and Global Investment zone. I hope more countries will join us in featuring your specialties next year."

"The Hong Kong Trade Development Council remains committed to working together with governments and communities around the world to create business opportunities for all."

The UAE participated in the one-day summit with a high-level delegation led by Abdullah Al Saleh, Under-Secretary for Foreign Trade Affairs at the Ministry of Economy, and comprising a number of top officials from federal and local entities as well as businesses from across the country.