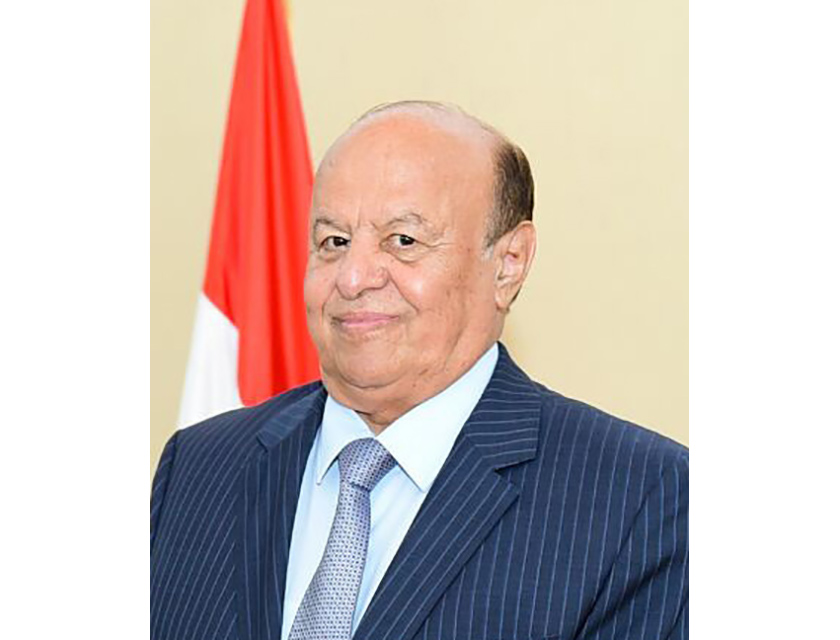 ADEN, 18th July, 2018 (WAM) -- President Abdrabbuh Mansour Hadi of the Republic of Yemen has praised the support that the Saudi-led Arab Coalition has been providing to Yemen's people and the government to counter the Houthi coup.

Speaking during his meeting with the Commander of the Arab Coalition Forces, Brigadier Awad Saeed Al Ahbabi, and the accompanying delegation, on Wednesday, in the interim capital of Aden, President Hadi stressed the importance of strengthening coordination, cooperation and integration between his country and the Arab Coalition countries to achieve the objectives and aspirations of both the Operation Decisive Storm and the Operation Restoring Hope.

According to the Saudi Press Agency, SPA,he also praised the stance of the leaderships of Saudi Arabia and the UAE in supporting the Yemeni people to restore its constitutional legitimacy.

Hadi also pointed out that "the dangers posed by Iran and its Houthi puppets and terrorist arms are still lurking to serve the Persian project targeting the well-being of Yemen, in particular, and the Arab region in general."