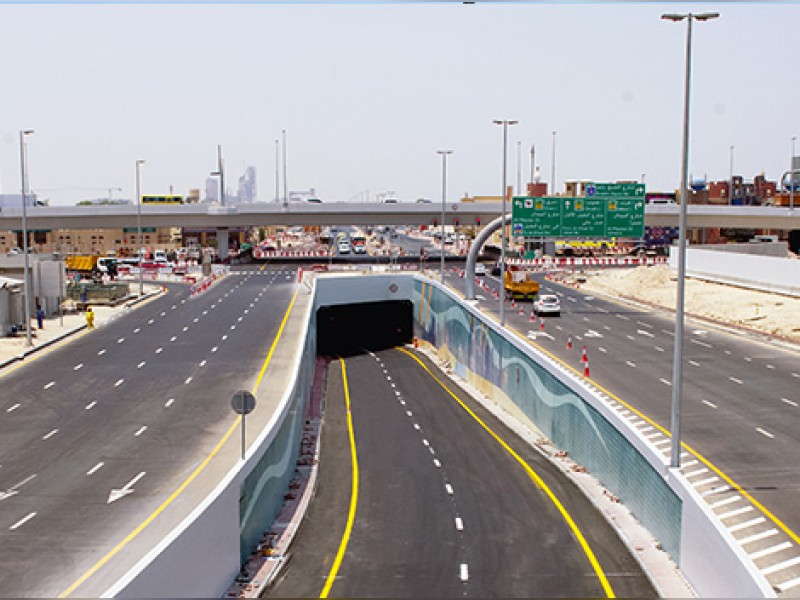 The tunnel is part of the recently opened Phase II of the Parallel Roads Improvement Project at the Business Bay District.

The project also included the construction of a 500-m bridge along the extension of the Happiness Street crossing over the Dubai Water Canal, and 420-m bridge at the intersection of Al Meydan Street and First Al Khail Street, in addition to a 340-m tunnel as horse crossing at the Dubai Stables.

The opening of the project has contributed to smooth traffic flow in the area between the Financial Centre Street and Al Meydan Street, and across the Business Bay District up to Al Qouz.