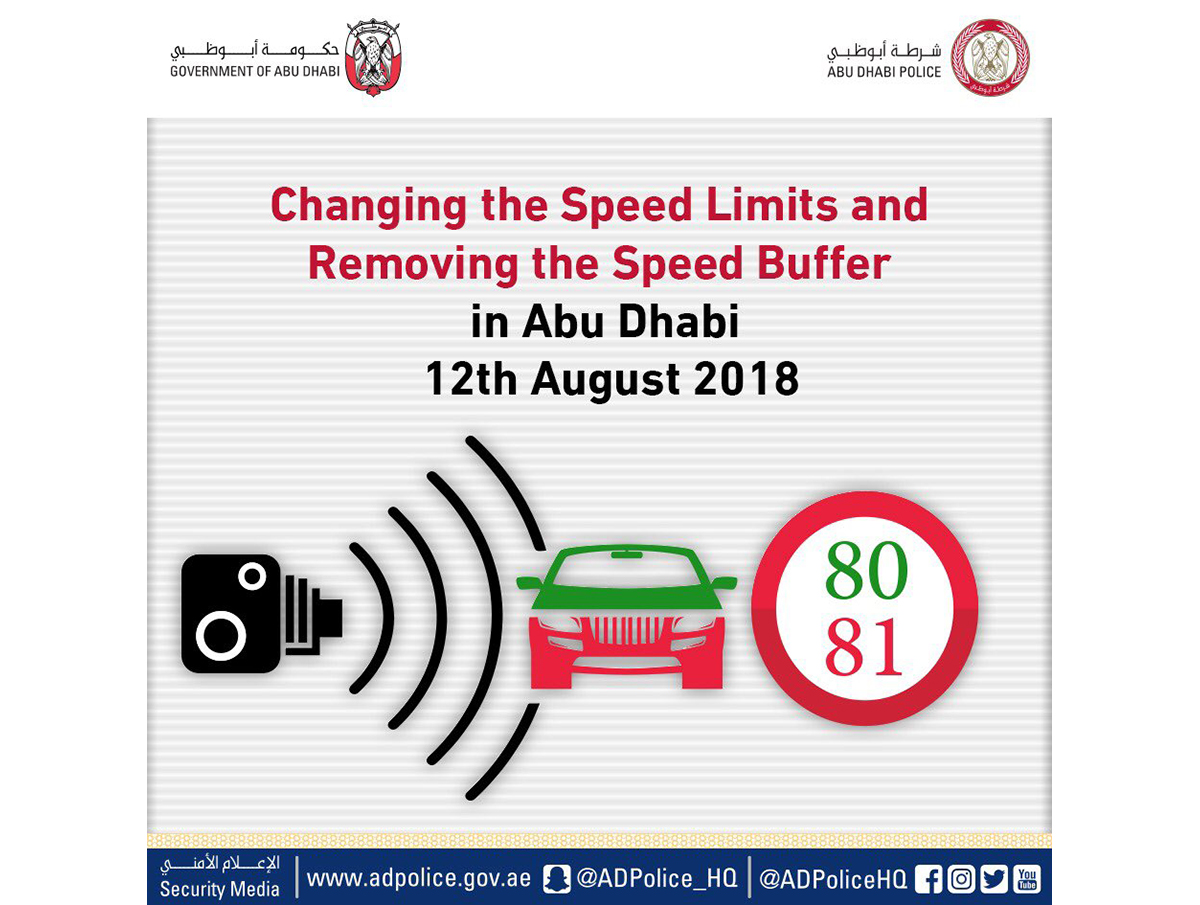 ABU DHABI, 25th July, 2018 (WAM) -- Abu Dhabi Police GHQ announced on Wednesday that it had begun procedures to eliminate speed leeways on roads in the Emirate of Abu Dhabi. Starting 12th August, Abu Dhabi roads' speed limits will be modified along with speed radars to a set standard.

Major General Mohammed Khalfan Al Rumaithi, Commander-in-Chief of Abu Dhabi Police, said that the decision to amend speed limits is being implemented as according to traffic accident indicators, research and studies conducted, with the aim to attain the best levels of traffic safety and ease traffic congestion.

He explained that Abu Dhabi Police has cooperated with strategic partners, including the Department of Transport and Department of Urban Planning and Municipalities, to adopt a set of recommendations and procedures that will contribute to implementing the new decision.

Al Rumaithi said that the setting of the new speed limits and the cancellation of the 20km/h speed leeway came as a result of studies carried out by a specialist team at Abu Dhabi Police GHQ.

The Abu Dhabi Police Commander-in-Chief called on all drivers to adhere to the new traffic regulations.