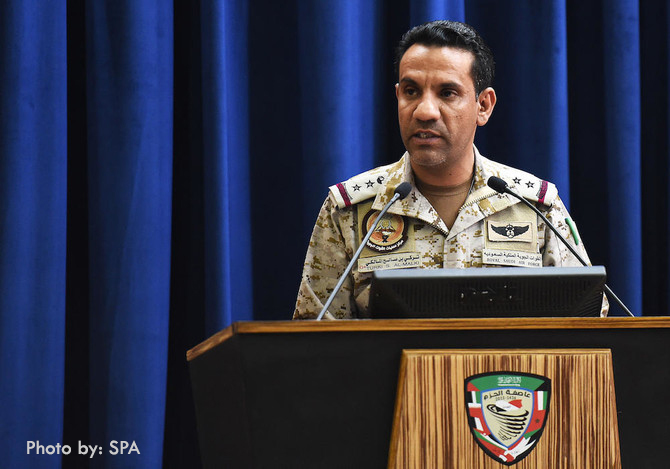 Al Malki added that the ballistic missile was fired from the Yemeni governorate of Saada by the terrorist Houthi militias deliberately towards a densely populated civilian area in the Saudi city Jazan.

"This hostile act carried out by the terrorist Iranian Houthi militia proves that the Iranian regime continues to provide the rebels with advanced weapons capabilities, in flagrant defiance of UNSC Resolutions 2216 and 2231, with the main objective of threatening Saudi Arabian, regional and international security," he continued.

Al Malki reiterated that the launch of ballistic missiles towards civilian populated areas is a direct breach of the international humanitarian law.

He noted that the number of ballistic missiles launched by the Houthi militias towards the Kingdom has so far reached 190 in total and left 112 Saudi nationals and residents dead since the Houthi coup against legitimacy in Yemen.