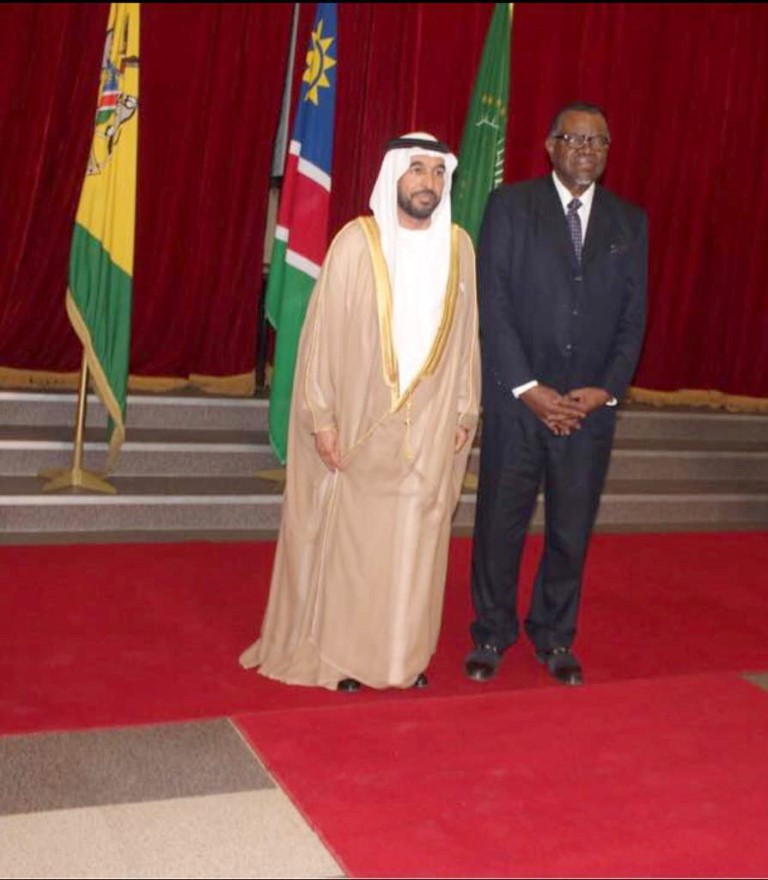 WINDHOEK, 15th September, 2018 (WAM) -- Mahash Saeed Al Hamili, UAE Ambassador to the Republic of South Africa, has presented his credentials to President of Namibia, Hage Gottfried Geingob, as a Non-Resident Ambassador to the southern Africa country, during a reception at the Presidential Palace in the capital Windhoek.

President Geingob wished the new diplomat all success in his mission while emphasising his readiness to provide every possible assistance and cooperation for his efforts to develop bilateral ties into close cooperation.

Following the ceremony, the president held a meeting with the ambassador where he tackled issues of mutual concern. A number of ministers and senior officials attended the meeting.

President Geingob praised the advanced level of progress the UAE reached in areas of education and infrastructure until it became a role model for other countries. He said his country was looking forward to viable relations so as to benefit from the UAE’s experience in building its capacities. Namibia would work to conclude agreements and memoranda of understanding to boost bilateral ties, he said.

He added that he would personally follow up implementation of these cooperation agreements.

Ambassador Al Hamili expressed the UAE's desire to expand the friendship ties into constructive cooperation that served the interests of peoples in both countries.

The ambassador affirmed the interest of the UAE leadership to further develop ties with Namibia and launch initiatives towards "our friends in Africa" so as to support economic growth and rural development and improve social and economic conditions in areas of health, education, youth empowerment and agricultural development. Other areas include building capacities of security agencies to counter terrorism, extremism and organised crimes and create an encouraging environment for trade and investment.

''The next few months will see many initiatives by government and non-governmental organisations to strengthen bilateral ties,'' he added.