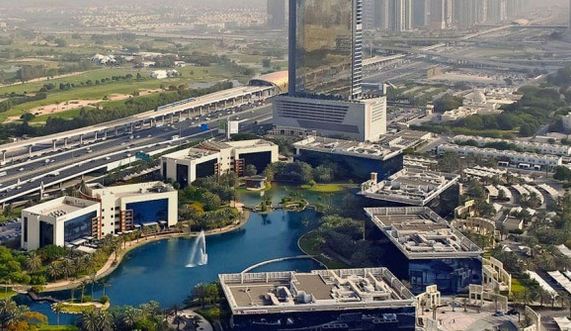 WARSAW, 23rd September, 2018 (WAM) -- A delegation from Dubai Internet City, DIC, will visit Poland for a five-day roadshow between the 24th - 28th September as part of its outreach to engage Polish entrepreneurs and business leaders, along with those in the wider Eastern European region.

The trip comes at a time when relations between Poland and the UAE are growing in strength. With bilateral trade valued at AED3.67 billion (US$1 billion) back in 2015 according to the Embassy of Poland in Abu Dhabi, economic exchange between the two countries has seen a steady increase, while tourism is also on the rise – with an estimated 70,000 visitors having travelled between them during the past half year.

Commenting on the visit, Faisal Hammoud, Head of Business Development for DIC and Dubai Outsource City, said, "Due to its strategic geographic location, ease of access and entry for businesses, and the announcement of landmark new federal laws that will allow 100 percent foreign ownership in certain industries, we can predict that Dubai’s growth trajectory is set to escalate rapidly in the upcoming years."

"We foresee lucrative trade and investment opportunities for Polish businesses at DIC. It is encouraging to note that DIC is a key contributor to Dubai’s vision to become one of the world’s smartest and most innovative cities. Our easy business set-up policies and diverse community – which is home to businesses of all sizes, from industry-leading multinationals, to homegrown success stories and early stage startups – enables businesses to thrive, and helps them realise their growth potential," he added.

Valued at nearly AED29.4 billion (US$8 billion), the UAE’s domestic IT market is expected to grow at an average of 5 percent annually between 2017 and 2022, as per figures from the International Data Corporation. On the other hand, Poland’s IT market was worth AED60.6 billion (US$16.5 billion) in 2017, having grown 1.7 percent over the previous year. The country’s economy grew by 4.6 percent in 2017 and is set to surge 4.5 percent this year.

Speaking on the investment potential for Polish companies, Moneer Faour, Dubai Bureau Chief at the Polish Investment and Trade Agency, said, "We are pleased to partner with DIC on its visit to Poland. The Polish economy – especially its tech industry, through the evolution of local start-ups – is rapidly gaining momentum. With Dubai’s tech landscape evolving at its current pace, we believe that the time is right for businesses in Poland to consider branching out to the city via Dubai Internet City to reach a wider global market."