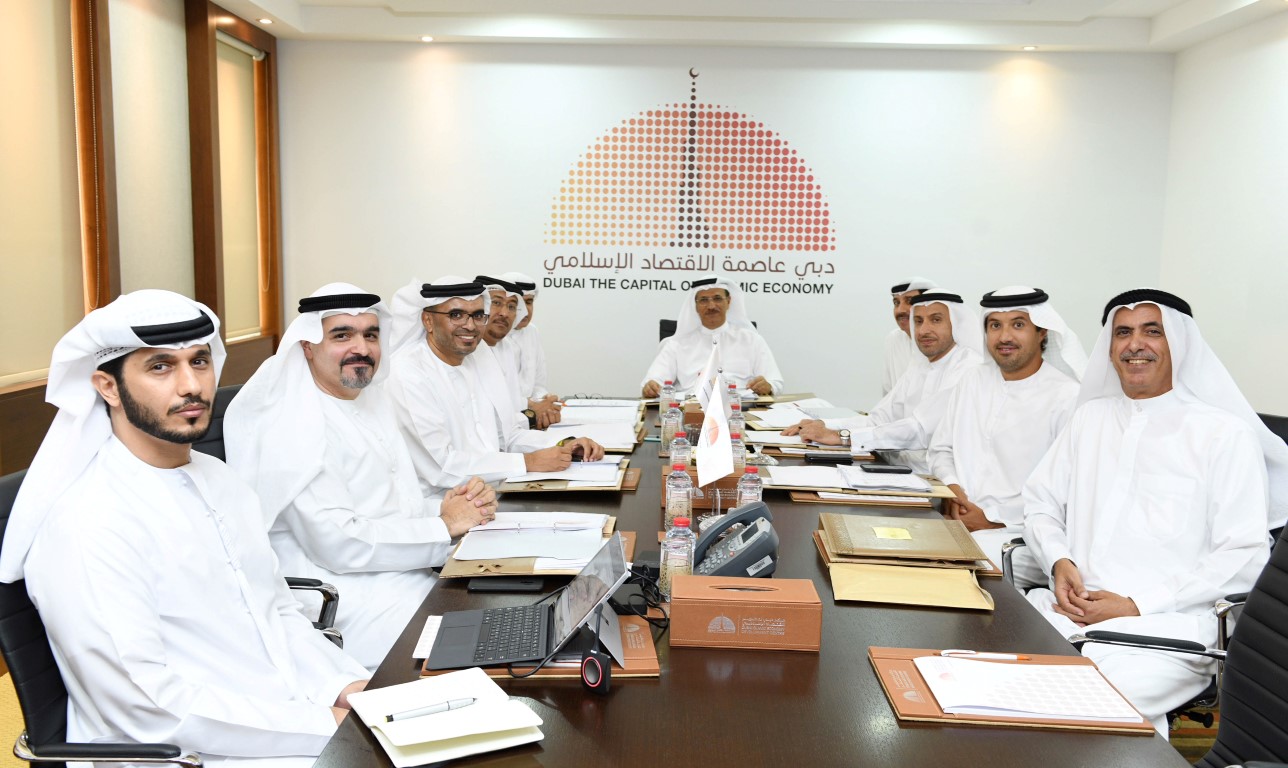 "Guided by the vision of Vice President and Prime Minister of the UAE and Ruler of Dubai HH Sheikh Mohammed bin Rashid Al Maktoum to transform Dubai into a global capital of the Islamic economy, we have made steady progress in implementing the strategy launched a few years ago to make this a reality. I look forward to productive discussions on effective ways of boosting Islamic economy growth and unlocking opportunities to advance sustainable global economic development. We are keen to encourage new creative approaches that can open fresh horizons that unleash the potential of the Islamic economy," Sheikh Hamdan said.

Sheikh Hamdan further said that the Islamic Economy Week promises to generate new ideas to harness the potential of the Islamic economy and its ethical systems to make it a greater force for sustainable growth. His Highness also issued directives to ensure all arrangements required for the Summit’s success are in place.

The Islamic Economy Week will host the fourth Global Islamic Economy Summit on 30 and 31 October. It will also feature the first Islamic Creative Economy Competition, and several other events related to various sectors of the Islamic economy.

The Islamic Economy Week has been conceptualised five years after the launch of the ‘Dubai: The Capital of Islamic Economy’ initiative, which has achieved remarkable success in strengthening the status of Dubai and the UAE as a global reference for the Islamic economy.

Meanwhile, the third DIEDC Board of Directors meeting for 2018 discussed the most recent developments pertaining to the DIEDC 2017-2021 Strategy. In addition, members of the board reviewed the Islamic Economy Week’s schedule of activities and approved its events, including the Global Islamic Economy Summit 2018 and Islamic Economy Award. Furthermore, the board reviewed Dubai Airport Free Zone Authority’s Islamic economy strategy that will ultimately boost its role in positioning Dubai as a hub for halal trade.

Sultan Al Mansouri said: "The initiative to position Dubai as a global capital of Islamic economy has been gaining steady momentum since its launch in 2013, and even more so after the DIEDC strategy was updated in 2017."

He added: "DIEDC has succeeded in implementing its annual plan for 2018, which aims to accelerate the implementation of a number of initiatives listed in the 2017-2021 strategy. Our efforts are in line with the wise leadership’s objectives to achieve the goals of the National Agenda of the UAE Vision 2021 and reach the nation’s centennial as one of the top countries globally. DIEDC recognises the importance of building on the achievements made to date that have contributed to the UAE’s ranking as one of the 10 most advanced countries in some of the leading Islamic economy sectors."

Al Mansouri stressed that DIEDC will continue to cooperate with top institutions and stakeholders in devising mechanisms to accelerate the growth of Islamic economic sectors, especially Islamic finance that is expected to be valued at around US$3.8 trillion by 2022. The innovations will benefit from the flexibility of the Islamic economy, not only in terms of the technology keeping up with its ethics and principles, but also in terms of its ability to invest in smart solutions to serve a greater purpose, such as boosting socio-economic stability and quality of life.

"We look forward to the outcomes of the fourth edition of the Global Islamic Economy Summit. We are at an important phase in the economic transformations that have begun to change the mechanisms of industrial and commercial activities and are significantly impacting global partnerships and cooperation. At the local level, Dubai and the UAE continue focusing on economic diversification and accelerating productive sectors that ensure the continuity of growth and sustainability of wealth. This is based on the plan to achieve the optimum economic development by 2071 to enable the country to celebrate its centennial as one of the most economically advanced countries in the world. We hope to accomplish this priority with the support of local and international talent and human resources, the adoption of advanced sciences and technologies, as well as the reliance on innovation, environmental sustainability and entrepreneurship. These policies and visions present us with a greater responsibility to enable Dubai and the UAE to attract those interested in the principles and ethics of Islamic economy and create new visions that accelerate the growth of Islamic economic sectors globally. We are confident that our efforts will take us closer to accomplishing the nation’s sustainable development goals, while achieving prosperity and stability for all societies," Al Mansouri said.

For his part, Essa Kazim, Secretary General of DIEDC, said: "Launching the Islamic Economy Week and its innovative events and activities is a continuation of DIEDC’s approach to enhancing the awareness of the Islamic economy locally, regionally and globally. Most initiatives that have been designed with our strategic partners are making steady progress. During 2018, we have witnessed activities and events that have established Dubai as a global reference for innovation in the Islamic economy, especially with the launch of the second edition of the FinTech Hive at DIFC and the International Innovative Platform for Islamic Economy Products (IIPIEP), as well as the Islamic Economy Fiqh Forum that presented important recommendations to develop and globalise Islamic economic standards."

He underlined the significant surge in the interest of international financial institutions in the Islamic economy, in a manner consistent with the growing culture of responsible investment around the world. As immediate outcomes, he noted, the principles of the Islamic economy are being largely recognised by new markets, while opening up new opportunities for youth in innovative sectors and guiding their choices towards a system that has proven its resilience in protecting wealth and providing sustained stability.

Kazim added: "DIEDC’s initiatives for financial institutions and investors seek to provide more growth opportunities in areas that had previously faced major challenges due to conventional financial ruling standards. The Centre is working hard to unify these standards globally and is committed to closely collaborating with partners towards building an infrastructure for the Islamic economy, and an environment capable of addressing economic challenges around the world. Standardisation will also help investors achieve high growth at sustainable rates, as well as strengthen Dubai’s position as the global capital of the Islamic economy and a key attractive destination for investors from all over the world."

Abdulla Mohammed Al Awar, CEO of DIEDC, said: "Since early 2018, DIEDC has achieved several accomplishments that have contributed to the expansion of its international and regional presence. Increasingly, more and more institutions around the world are looking to benefit from the Centre's experience as a global model. This is evidenced in the cooperation agreements that are being signed such as the MoU inked with The State Bank for Foreign Economic Affairs of Turkmenistan (TFEB) for the exchange of experiences and best practices in Islamic economy."

Al Awar added: "DIEDC also signed an MoU with the strategic vision group Russia-Islamic World to discuss ways of cooperation between the two parties in enhancing the Islamic banking, finance and halal industries. Under the agreement, the Russia-Islamic Word group will benefit from the successful experience of the Centre in developing an integrated Islamic strategy. Both parties will also exchange knowledge and information related to Islamic banking and finance, as well as the halal industry spanning food and beverages, healthcare and entertainment."

Al Awar indicated that during the remaining months of 2018, DIEDC will continue to implement its operational plans to strengthen Dubai’s position as the global capital of the Islamic economy. In cooperation with its strategic partners, DIEDC will also seek to accelerate the completion of activities listed in its 2017-2021 strategy and continue to explore the implementation of creative initiatives that contribute to the growth of Islamic sectors in the UAE and abroad.