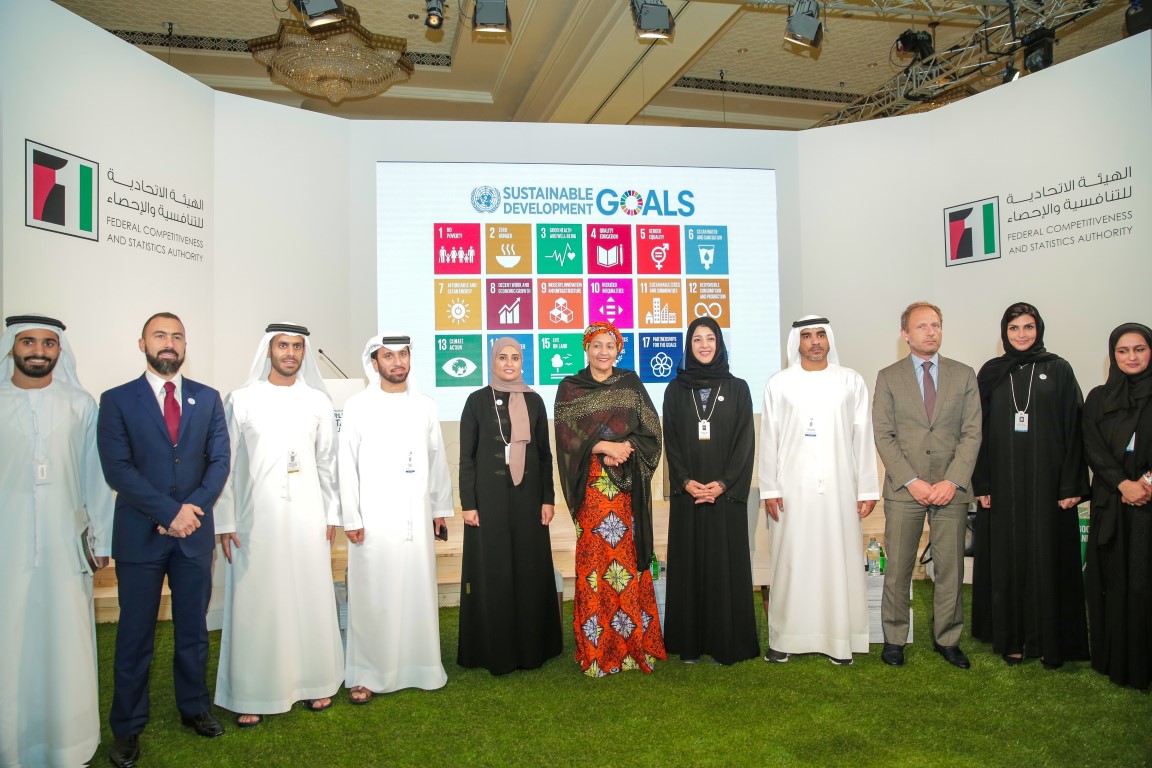 The announcement was at the UN World Data Forum, organised by the FCSA from 22nd to 24th October at Madinat Jumeirah, Dubai.

Those behind the PSAC initiative say that the new council highlights the importance of the private sector’s role in implementing the SDGs, which are centred on food security, health and learning. It is hoped that the new body will help usher in a new era in public-private partnerships, defined by constructive collaboration and a holistic approach in meeting the UN’s 17 SDGs.

"The UAE has played an instrumental role in formulating the UN’s Agenda 2030, which outlines the 17 SDGs. We helped ensure that a consensus on the importance of sustainable development was a key outcome of the UN’s Rio+20 Summit in 2012 and then worked with the global community for three years to institutionalise the goals for their formal adoption in 2015. Our concerted efforts made the UAE one of the first nations to join the global journey towards human prosperity via sustainability," said Abdullah Nasser Lootah, Director-General of the FCSA and Chairman of the Organising Committee of the UN World Data Forum 2018.

The PSAC is an initiative from FCSA’s UAE National Committee on Sustainable Development Goals – a body that has been mandated by the government to overview the nation’s fulfilment of the SDGs in the UAE. The council was conceived to create collaboration opportunities on the SDGs between the UAE government and industry leaders from local, regional and international private sector organisations and across verticals that include aviation, manufacturing and consulting.

"At the heart of the process in meeting the SDGs is the critical role of the private sector. The PSAC was set up to be a platform of cooperation between the UAE’s government, its civil sector organisations and its commercial entities to help the country realise its SDG goals. It was established in recognition that the private sector has a wealth of knowledge and expertise that can be harnessed to help the UAE meet its sustainable development aims and it will help us tap into these valuable resources," added Lootah.

Lootah continued that reciprocity was the underlying principle in the relationship between the FCA’s National Committee and the PSAC, highlighting that the National Committee can liaise with the Council for advice and input on strategy implementation and with pre-testing some recommendations, but also that the private sector can communicate challenges and desired outcomes to the Committee to gain support for their sustainability agendas.

"Nations today aspire to export their knowledge and best practices of their sustainability experiences and the UAE is no exception. Through innovative partnerships with the private sector, our country will not only be able to share its thought leadership across borders, it will also gain access to global expertise on how to achieve greater prosperity. Via the UAE National Committee on SDGs, the PSAC and numerous partnership programs and initiatives, I have full confidence that we can create a tremendous positive impact on our global drive to build prosperous and sustainable life for all," he continued.

Held under the patronage of His Highness Sheikh Mohammed bin Rashid Al Maktoum, the Vice President, Prime Minister and Ruler of Dubai, the UN World Data Forum 2018 - the second edition of the forum - is expected to bring together more than 1,500 data experts, high-ranking government officials and prominent policy makers from around the world to enhance the role of data and statistics in achieving the UN’s Agenda 2030.