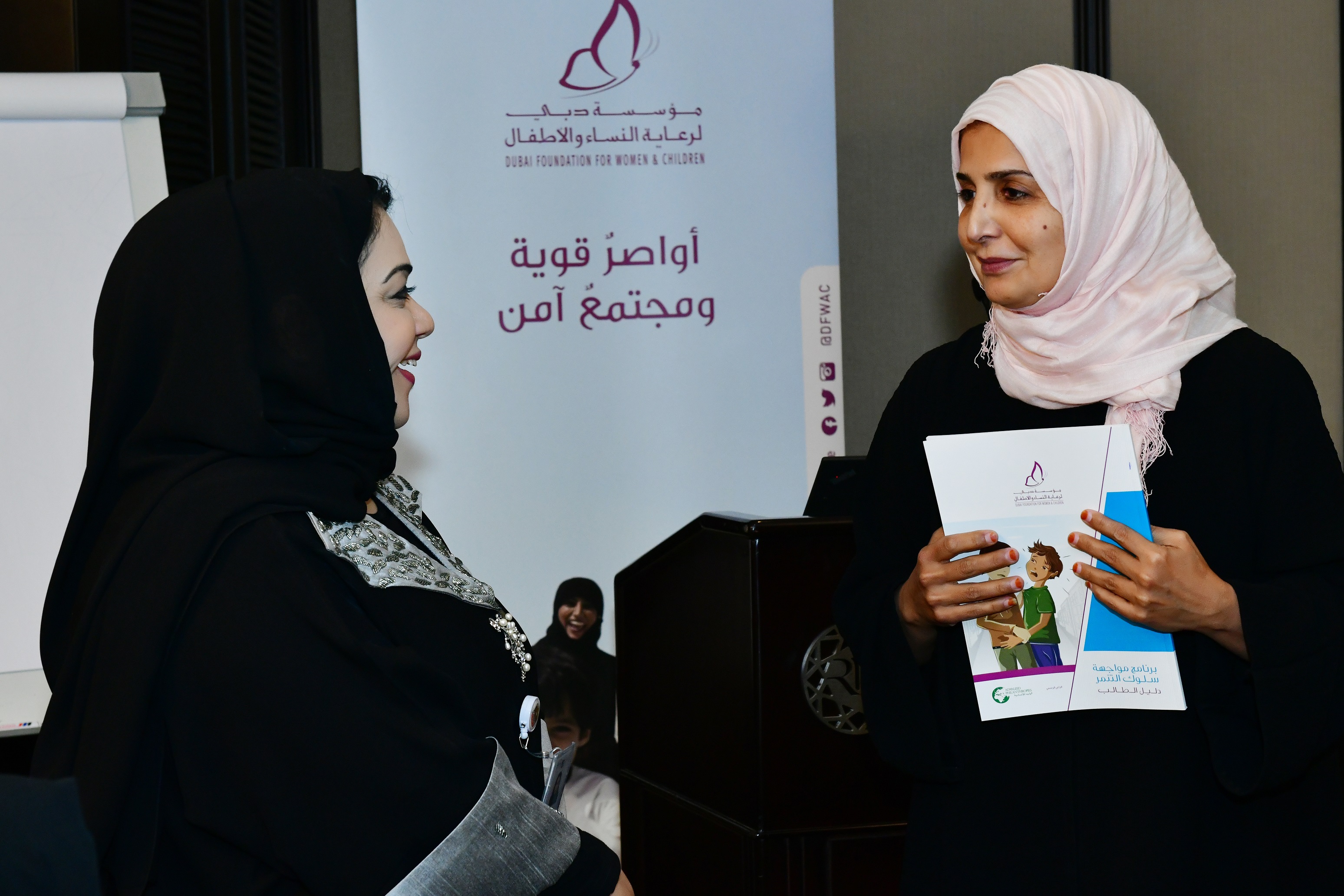 DUBAI, 29th October, 2018 (WAM) -- The Dubai Foundation for Women and Children, DFWAC, has launched the second phase of its school anti-bullying programme, which aims to contribute to a school environment free from violence and promote tolerance.

In cooperation with the Ministry of Education, MoE, the foundation recently organised a two-day workshop for trainers on preventing bullying in the school environment, at the Roda Al Bustan Hotel in Dubai. Thirty participants were provided with the necessary knowledge and tools to train the relevant professionals in schools.

The total number of beneficiaries of the programme, comprising a series of workshops and awareness lectures, launched under the sponsorship of Alwaleed Philanthropies in cooperation with the MoE and the Knowledge and Human Development Authority, KHDA, in Dubai in 2015, has reached more than 1,300 students, teachers, professionals and parents.

Afra Al Basti, Director-General of Dubai Foundation for Women and Children, said that the foundation pays special attention to eliminating bullying in schools because of its serious impact not only on the student's psychological state and ability to attain education but also on his future and the future of his family.

She stated that the anti-bullying programme is based on a scientific study conducted by the foundation on violence in schools and its impact. It aims to curb bullying in schools from all sides, beginning with students, teachers, parents and professionals, as well as the school environment in general.

Al Basti added that bullying in schools is a serious issue that requires all parties to cooperate and work together to confront it. She thanked Al Waleed Philanthropies for supporting the project and also praised the cooperation of the MoE and the KHDA in Dubai.

Within the second phase of the programme, the KHDA invited private schools to attend the induction day. The foundation held an introductory meeting for representatives of private schools in Dubai, which 34 professionals attended.

The foundation recently organised a two-day training course on encountering bullying behaviour in schools, attended by 28 professionals from different private schools as well as participants from the foundation.