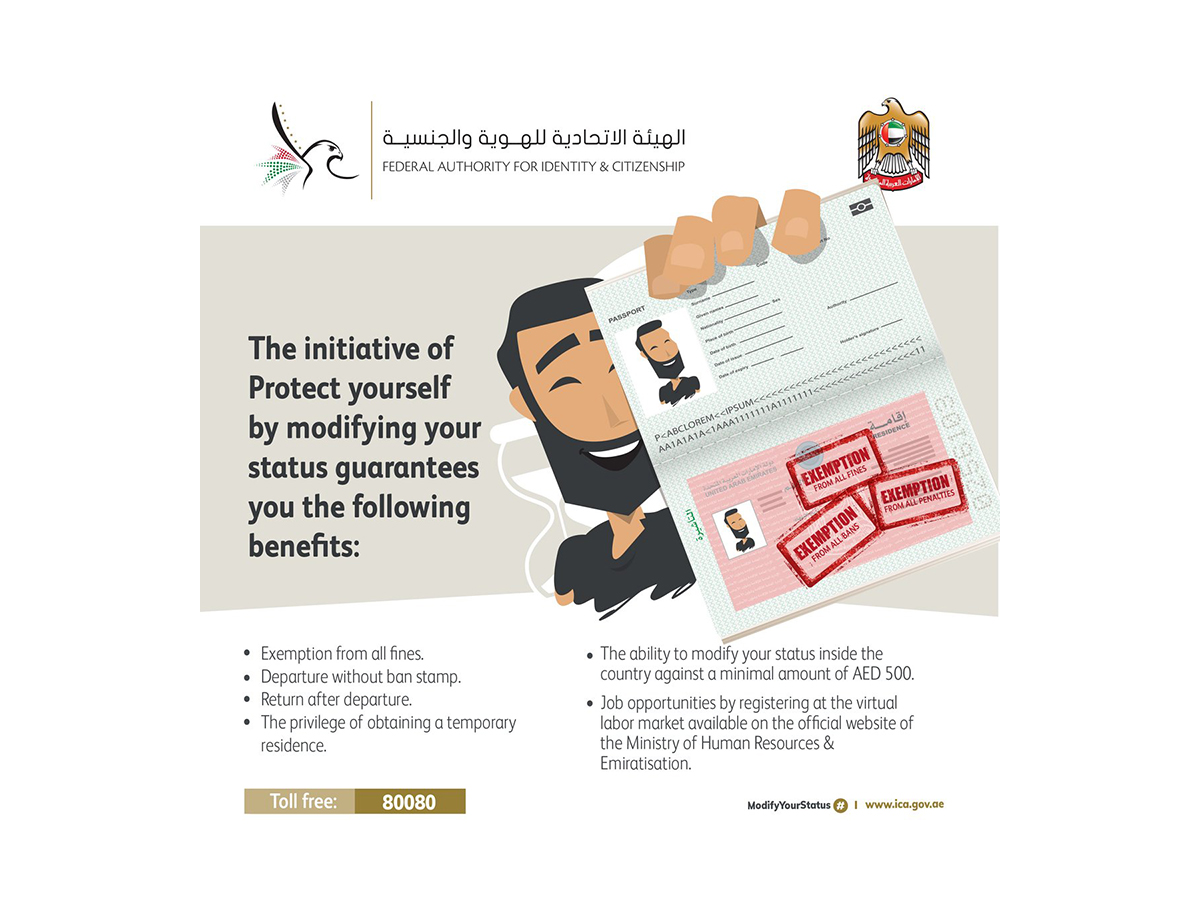 ABU DHABI, 30th October, 2018 (WAM) -- The Federal Authority of Identity and Citizenship, ICA, has extended the deadline of its 'Protect Yourself by Modifying Your Status' initiative, which was launched by the authority in August, until 1st December, 2018.

The gesture allows violators to leave the country with an exemption of all fines imposed regardless of their value and without issuing a deprivation stamp, and will also allow those who wish to stay a chance to modify their status for a nominal fee.

The gesture aims to provide a new opportunity for violators who have not been able to adjust their status in the country avoid legal procedures stipulated by the Foreigners Entry and Residency Law.

Commenting on the deadline extension, Brigadier Saeed Rakan Al-Rashdi, Acting Director-General of Foreign Affairs and Ports at ICA, said that the decision to extend the deadline is part of the UAE leadership's directives to help people living in violation in the country.

He stated that the authority has established nine centres around the country to assist in adjusting status, including in Al Aweer in Dubai and Al Shahama, Al Ain and Al Dhafra in Abu Dhabi, as well as in Sharjah, Ajman, Fujairah, Ras al-Khaimah, and Umm Al Qaiwain.

Al-Rashdi warned that after the grace period, the government will begin intensive search campaigns to prosecute violators with legal procedures brought against them.