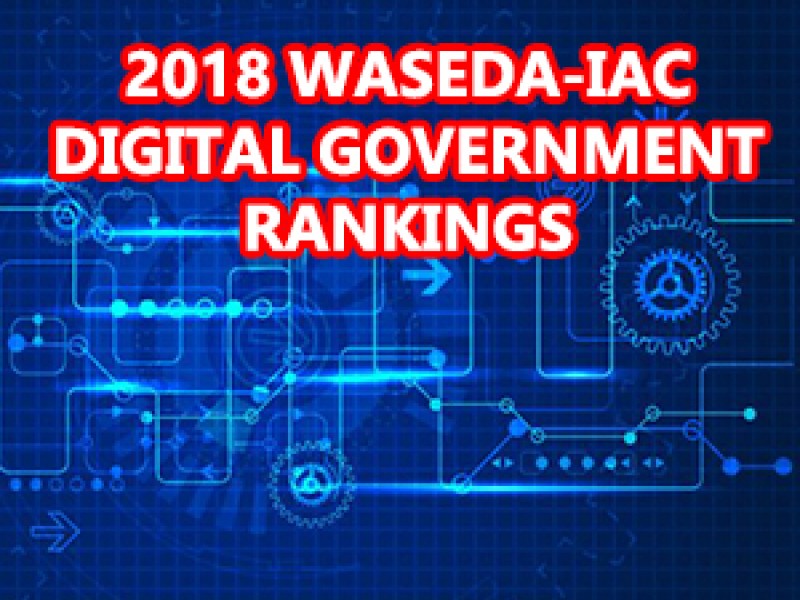 TOKYO, 20th November, 2018 (WAM) -- The UAE has risen in a number of indicators included in Waseda, the "IAC International Digital Government Rankings Report", published by the Institute of Digital Government at Waseda University in Japan.

The UAE has been ranked sixth in the e-Participation index, ahead of Taiwan and Finland. The UAE has moved up one position to occupy the 6th position from 7th in 2017. By ignoring the repetitions in countries’ results, the UAE will hold the third position in the indicator reading, scoring 8.5 marks on an indicator of total 10 points.

In the overall result of the report that consists of 10 main indicators and more than 30 sub-indicators, the UAE has been ranked first on the Arab level. Additionally, it moved up three ranks compared to last year on the global ranking of the overall index, rising from the 34th to the 31st rank.

Commenting on the report results, Hamad Obaid Al Mansoori, TRA Director-General, said, "Our success in e-participation is inspired by the experience of His Highness Sheikh Mohammed bin Rashid Al Maktoum, Vice President, Prime Minister and Ruler of Dubai, who sends constant messages to people on social media channels, inviting them to participate in various matters of public interest. He has recently invited the public to choose the most important projects they think influenced the march of their country, projects they see as an extension of the commandments of Zayed and his future vision of the country."

"We are proud to see the UAE among the most advanced countries in the world in international indicators. As shown in the report, the efforts of various government entities in the field of e-participation have succeeded in attracting the attention of the community members, and the UAE has been ranked sixth. This indicates the spirit of work and dedication of all government entities to implement the directives of our wise leadership to enhance the use, satisfaction and quality of various services and policies in the government," Al Mansoori added.

The e-participation consists of three levels that begin with providing information to people through e-channels, in a transparent and interactive manner. The second level is to launch the public consultation to have people’s opinions and expectations on how to develop government services and policies. Decision-making comes at the third level. The UAE has demonstrated through its official portal (Sharik.ae), that it efficiently applies these three levels.

The Waseda report is one of the most reliable scientific reports worldwide, due to the position of the issuing university, the Waseda University Institute for Digital Governments in Japan. The survey consists of ten main indicators including network preparedness, e-participation, promotion of digital government, online services, management optimisation, national portal, Government Chief Information Officer, open government data, cybersecurity, the use of emerging ICT. Each main indicator has a group of sub-indicators. The total value is calculated on basis of all such indicators.

The UAE has achieved remarkable progress in the Online Service Index, OSI, as per the eGovernment Development Survey issued in 2018 by the UN Department of Economic and Social Affairs. The UAE moved up from the 8th position attained in 2016 to the 6th position in 2018. The UAE ranked first at the level of GCC region, Arab region and Western Asia region. The Online Service Index is based on a number of survey questions focusing on global government trends.