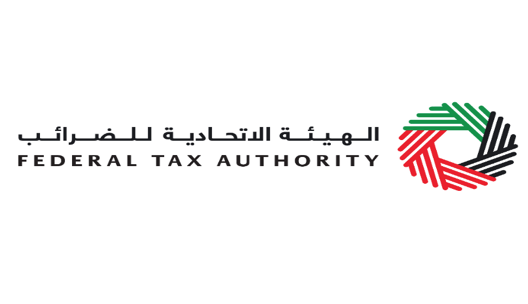 The VAT system has been praised by experts and local, regional and international official bodies, he added, noting that despite the challenges that were expected at the beginning of implementation – which was a common occurrence in many countries that introduced VAT around the world – the UAE successfully rolled out a seamless and flexible tax system, complete with a progressive legislative environment that meets the highest standards in the field.

The news came in a press statement issued by the Authority to mark the first anniversary of the introduction of VAT in the UAE, which went into effect on January 1, 2018, at a 5% rate on the supply of most goods and services in the country.

"In collaboration with all concerned entities, the Federal Tax Authority set the foundations for a holistic and balanced tax system, making the UAE one of the first countries in the world to implement a fully electronic paperless tax system," Al Bustani said. "Our advanced system encourages auto-compliance with procedures, all the while maintaining transparency and accuracy, as directed by the UAE’s wise leadership, which strives to make the UAE one of the best countries in the world by 2021."

The FTA Director General revealed that the number of businesses that registered in the tax system during the first year of implementation exceeded 296,000 companies and tax groups, noting that the rates of compliance among Taxable Persons in the UAE are increasing remarkably. Statistics show that the total number of periodic Tax Returns received by the Authority from businesses registered for VAT purposes exceeded 650,000 in 2018, he said, adding that this high compliance rate was due to the easy procedures set for submitting Tax Returns and paying due taxes, available 24/7 via the e-Services portal on the FTA official website: www.tax.gov.ae . The platform was designed according to international best practices and provides flexible and varied payment mechanisms, as well as information and guidance to promote tax awareness.

"The Federal Tax Authority was among the 8 most searched names in the UAE on global search engine Google in 2018," he revealed. "This demonstrates that in a short period of time, the Authority successfully became the centre of attention among large segments of society and across various sectors. It also confirms that the FTA website was among the most viewed and most interactive websites in the UAE. "

"The FTA will continue to upgrade its integrated tax management systems, increasing efficiency and providing all facilities to ensure compliance with tax procedures and laws, designed to meet the highest international standards," Al Bustani noted.

"The Authority’s contact centre answered more than 306,500 phone enquiries about the tax system, while another 147,000 were answered by e-mail," He explained. "The total number of queries answered by the FTA exceeded 453,500 during the first year of implementing the tax system. This highlights the Authority’s close cooperation with its partners in the business sectors and the community at large. The system’s user base is expanding exponentially, whereby 122 freight forwarding companies were commissioned, the number of accredited Tax Agents increased to 176, and 12 Tax Accounting Software Vendors were contracted."

If required, Taxable Persons can always enlist one of the authorised Tax Agents, listed on the FTA website, to assist them in ensuring tax compliance, H.E. said, underlining the important role Tax Agents play in raising awareness among businesses, supporting them to abide by the tax system, and strengthening the relationship between the Authority and all Taxable Persons. Meanwhile, Tax Accounting Software Vendors provide technical support for businesses, including software, and accounting and bookkeeping tools, which facilitate calculations of due and recoverable taxes.

He went on to add that he expected 2019 to witness a significant leap forward for the UAE tax system, as the FTA set comprehensive plans to further improve tax compliance rates, promote registration among taxable businesses, and combat tax evasion. The authority will continuously develop its electronic systems and will be launching new campaigns to raise tax awareness.

"The Authority is intensifying its efforts to raise tax awareness; the FTA organised 90 seminars and training workshops, attended by approximately 28,000 experts from various sectors. The Authority is currently working to launch new campaigns, most notably the Tax Invoice Campaign, which is set to take place during the first quarter of 2019 and aims to ensure the use of tax invoices for all business operations," Al Bustani said. "This campaign will run in parallel with the Tax Clinic, launched in August 2018 to ensure direct and constant communication with business sectors. The Clinic is still underway across all seven emirates, raising awareness among businesses, identifying the obstacles they may face, and developing solutions to address them immediately."

"As part of its holistic awareness plan, the FTA has launched around 30 VAT guides, a series of e-learning programmes and short educational films, as well as 50 infographics and 136 ‘Public Clarifications’ – 16 of which were general clarifications, and 120 consisted of specific case studies to raise awareness and increase auto-compliance rates," he explained. "Through its state-of-the-art website, the FTA provided comprehensive guidelines on tax laws and their executive regulations, as well as various tax procedures. These guides are constantly updated to enable businesses and community members to know their rights and obligations and learn how to calculate taxes."

The FTA Director General said: "It is always our priority to ensure that consumers are aware of their rights and obligations and to protect them from any attempts to exploit tax laws. In collaboration with the Consumer Protection Department of the Ministry of Economy, as well as Departments of Economic Development and relevant authorities across the UAE, the Authority was able to combat attempts at profiteering by certain retailers, address any failure to issue tax invoices, and curb the spread of false rumours."

"At the same time, the Authority is intensifying its efforts to help businesses comply with tax regulations and procedures. We consider them to be our strategic partners and with that in mind, we held several introductory and consultative meetings that thoroughly prepared the private sector to implement the tax system," Al Bustani added.

Khalid Al Bustani stated: "The FTA has been able to implement several new mechanisms and regulations that have established a strong foundation for the tax system. The most important of these is the launch of the Tax Refunds for Tourists Scheme and its electronic system, which began its first phase in November 2018 and was fully operational in less than one month after its launch. The system scored high in terms of customer satisfaction, covering 12 ports of entry into the UAE; six airports, two seaports and four land ports. It is characterised by rapid completion of refunding requests, ease of procedures and clarity. The Scheme now processes over 5,000 transactions per day; its introduction resonates with the vision of the UAE’s wise leadership to diversify the economy and strengthen various economic sectors, most notably, tourism."

Furthermore, the Authority launched simplified VAT Refund Procedures for UAE Nationals Building New Residences, and issued a guide providing a thorough explanation of the mechanism through its website. Many UAE citizens have already taken advantage of the procedure, which abides by the vision of the wise leadership to develop a modern housing system for citizens and provide advanced living standards.

Al Bustani said: "One of the most important procedures launched by the Authority in the first year of VAT is the VAT Refund Scheme for Foreign Businesses in UAE, whereby the Authority collaborates with countries that refund VAT for UAE businesses visiting their territories, facilitating tax refunds for businesses coming to the UAE from these countries.

Furthermore, the Board adopted the Apportionment of Input Tax on Supplies (Taxable and Exempt). if Input Tax is paid for Goods or Services during a specific Tax Period to make supplies that allow recovery according to the Executive Regulation of the Federal Decree-Law which specify the method in which the Input Tax that may be recovered is calculated and others that do not allow recovery, or for activities conducted that are not in the course of doing the Business. The mechanisms are based on criteria related to output tax, taxable transactions, business volume, and sector classification according to number of employees and output tax.

The UAE’s tax legislation has helped foster close cooperation and effective partnerships between the FTA and taxpayers, he said, noting that one of the most important characteristics of the first year of VAT is the great flexibility and cooperation, which was clearly reflected in several Decisions issued throughout the year, most notable among which was the Cabinet Decision on the VAT Treatment of Gold and Diamonds, which sought to provide an adequate environment, infrastructure, and legislation for driving business growth in this sector, and maintaining cash flows among registered gold and diamond investors, suppliers and traders, thus cementing the UAE’s status as a leading global hub for gold and jewellery.

"In the same context, the Cabinet Decision on Refunding VAT on Services Provided at Exhibitions and Conferences sought to establish the UAE as a global destination for local, regional and international exhibitions and conferences, guided by the directives of the UAE’s leadership to engage businesses in driving the growth of the national economy," he added.

The FTA Director General asserted that the Authority has forged strategic partnerships with all concerned federal and local government authorities, as well as with the private sector, noting that these partnerships played a key role in the successful implementation of the tax system. They served to raise awareness among businesses and consumers, protecting consumers’ rights against profiteering, and organising joint inspection campaigns in coordination with the Ministry of Economy, Departments of Economic Development, and Municipalities, to alert non-complying businesses to rectify their situation and ensure full compliance with tax laws.

He stressed that close cooperation with the Federal Customs Authority and local customs departments to link their systems with the FTA’s electronic network played a major role in ensuring the smooth implementation of the tax system, maintaining fluid foreign trade activities, and removing any obstacle to the free flow of goods to and from the UAE.

"The coordination with the Ministry of Finance and the UAE Central Bank played a key role in facilitating payment of due taxes and refunds. The payment mechanisms available include the UAE Fund Transfer System (UAEFTS) of the Central Bank, which ensures the rapid transfer of funds through accounts and enables Taxable Persons to pay their taxes through the branches of nearly 77 banks, exchange offices and financial firms across the UAE. These payments are made using the GIBAN or e-Dirham systems," he concluded.