UAE Press: Tomorrow is a destination to which all are invited 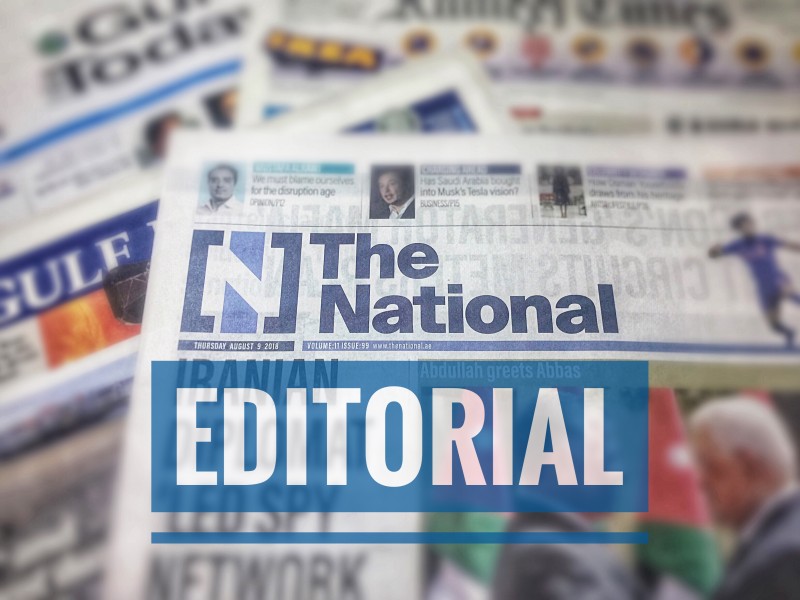 ABU DHABI, 10th January, 2019 (WAM) -- A UAE newspaper has said that in any nation undergoing change as rapidly as the UAE, there is always the danger that some people will be left behind. Whether for reasons of age, dependence upon a traditional, rural lifestyle or geographical location, not everyone will be able or willing to learn new skills or adapt to new ways.

An editorial published in today's edition of The National, said, "It is, therefore, reassuring that even in the midst of another flurry of announcements about preparations for the UAE’s technology-driven future, there is a clear message that in the exhilarating charge to embrace tomorrow, no Emirati will be left behind."

"Much is being done to ensure that Emiratis are equipped for their nation’s exciting future. The drive to increase the proportion of citizens occupying roles at all levels in the private and public workforce continues unabated," it added.

At the same time, Sheikh Mohammed bin Rashid, Vice President and Ruler of Dubai, unveiled his nine-point Fifty Year Charter for Dubai, designed to shape "a prosperous city where future generations achieve their dreams and aspirations.

The initiatives range from the creation of a 'Dubai Silk Road' to further expand the emirate’s established role as a regional crossroads, to plans for partnerships between universities and free zones to encourage students to transform research into viable businesses.

But at a meeting of the Cabinet, Sheikh Mohammed made clear that the welfare of all Emiratis, especially the most vulnerable members of society, would remain the government’s "first, second and third priority."

The paper went on to say, "Rightly, the government acknowledges that for some, through no fault or failing of their own, the phrase 'knowledge economy' will never have any meaning in their everyday lives," adding, "it also recognises that if any one of them is left behind, the golden prize that is tomorrow will lose something of its lustre."

"Woven into the fabric of the UAE’s long-term plans for the future, such compassion is an object lesson in social responsibility and cohesion that other countries globally would do well to study," concluded the Abu Dhabi-based daily.