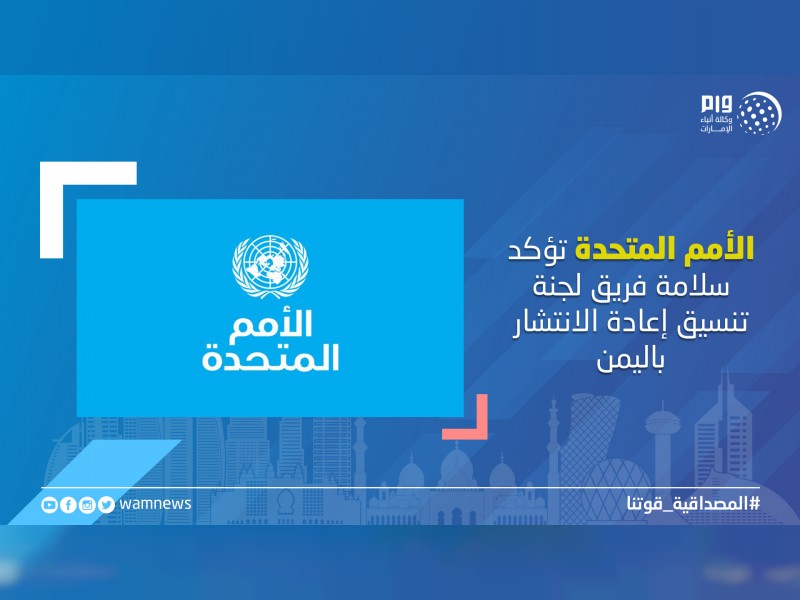 NEW YORK, 18th January, 2019 (WAM) -- The head of a UN mission tasked with overseeing a peace deal in Yemen's Hodeidah port city and his team are safe after an armoured car in his convoy was hit by a bullet on Thursday.

In a statement, the UN Spokesman Stephane Dujarric said that the incident happened when General Patrick Cammaert and his team were leaving a meeting with representatives of the government of Yemen.

"As they were leaving one UN marked armoured vehicle sustained one round of small arms fire. The team returned to base without further incident. We do not have information as to the source of the fire," Dujarric told reporters in New York.

He said Cammaert appealed for calm and a strengthening of the ceasefire in Hodeidah.