Japan contributes US$ 23 million to UNRWA 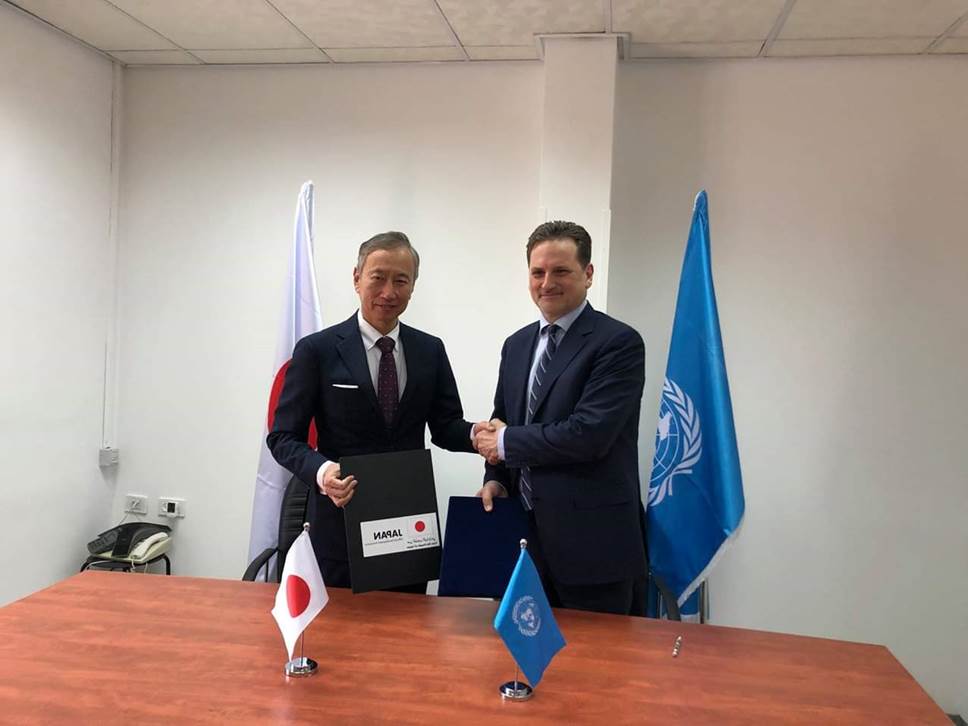 GAZA, 22nd February, 2019 (WAM) -- The Government of Japan has contributed US$ 23 million to the United Nations Relief and Works Agency for Palestine Refugees in the Near East,UNRWA. The agreement was signed by the Japanese Ambassador for Palestinian Affairs and Representative of Japan to Palestine, Mr. Takeshi Okubo, and UNRWA Commissioner-General, Mr. Pierre Krahenbuhl.

Of this very generous and crucial contribution, US$ 17.7 million will go towards the Agency’s core programmes of education, health care and improved living conditions for 5.4 million Palestine refugees across all five fields of UNRWA operation. This support from Japan will have a direct positive impact on the well-being of some of the most vulnerable refugees in the Middle East. An additional US$ 4.5 million will be used to improve the quality of UNRWA health services in the occupied Palestinian territory, Lebanon and Syria and another US$ 800,000 will contribute to the education of Palestine refugee children affected by the conflict in Syria, said UNRWA in press release today.

Ambassador Okubo said: "I’m also pleased to announce to you that the Government of Japan has decided to provide supplementary budget for a new assistance of about US$ 23 million to UNRWA. We are determined more than ever to send a message to Palestine refugees through the assistance that: A friend in need is a friend indeed. Japan will be there with you. At a time when UNRWA suffers from the financial crisis since last year, and especially Gaza is experiencing humanitarian crisis. With this new assistance, the total value of Japanese assistance to the Palestinian people will exceed US 1.9 billion since 1993."

Commissioner-General Krähenbühl expressed his deep gratitude and recognition of the sustained support that Japan has extended to UNRWA over the years: "We are extremely grateful for the generous support provided by Japan and deeply impressed by the strength of the country’s commitment to our work. This substantial contribution - so early in the year - protects our service delivery and provides assurance to Palestine refugees. It also represents a contribution towards stability for Palestine refugees and the Middle East region."