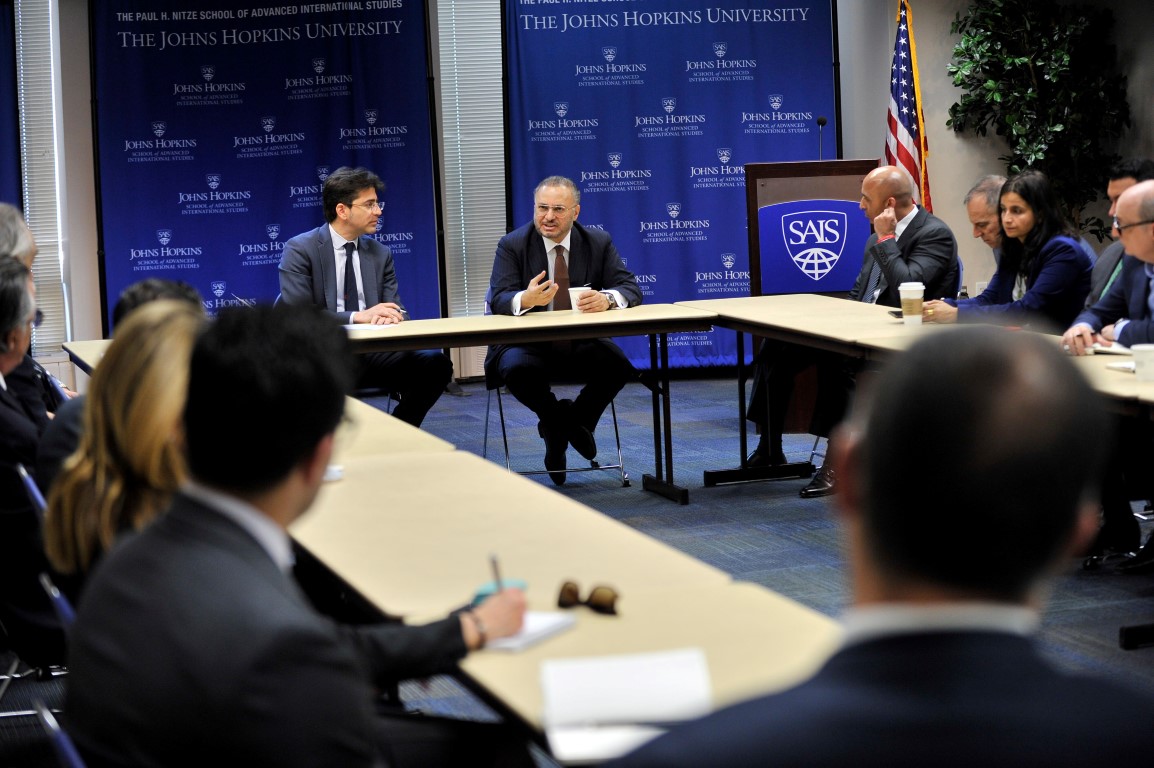 WASHINGTON, DC,15th April 2019 (WAM) – In meetings with senior US government officials and policy analysts during his visit to the U.S., Dr. Anwar Gargash, UAE Minister of State for Foreign Affairs, affirmed the UAE’s strong partnership with the US on a range of strategic, security and economic matters.

"Through deep cooperation on joint security priorities, the UAE and the US are working together to address Iran’s destabilising role in the region and defeat extremism," said Dr. Gargash.

"The UAE’s partnership with the US is grounded in a shared outlook for a more peaceful, prosperous Middle East region."

In meetings with officials, Dr. Gargash discussed ongoing efforts – undertaken in close cooperation with the UN, humanitarian organisations and other non-governmental organisations – to achieve a political solution to the situation in Yemen.

He expressed support for UN Special Envoy Martin Griffiths and called on the Iran-backed Houthis to end their obstruction of peace efforts, honor their commitments to withdraw from Hodeidah city and ports, and allow aid to reach those in need.

He reaffirmed the UAE’s support for the Stockholm agreement as a basis for transition to peace in Yemen.

Dr. Gargash praised the dedicated efforts of the humanitarian organisations that are providing relief in Hodeidah and other areas of Yemen and underscored the UAE’s ongoing commitment to deliver aid.

"In a turbulent and dangerous region, the UAE is unwavering in its commitment to the core values of stability, tolerance and peaceful coexistence. These principles have guided the UAE since its founding nearly 48 years ago," said Dr. Gargash.

During meetings with US officials, Dr. Gargash also noted UAE-US cooperation to counter extremist groups such as Al-Qaeda in the Arabian Peninsula and Daesh, as well as joint actions to block terrorist financing.