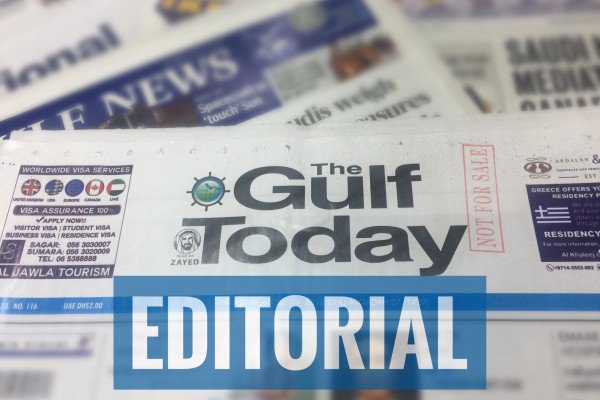 ABU DHABI, 30th April, 2019 (WAM) -- A UAE newspaper has said that the continuous misuse of antibiotic is posing grave risk to humanity and the world needs to wake up to the danger before it gets too late.

In a groundbreaking report, the United Nations Ad hoc Interagency Coordinating Group on Antimicrobial Resistance has warned that if no action is taken, drug-resistant diseases could cause 10 million deaths each year by 2050 and damage to the economy as catastrophic as during the 2008-2009 global financial crisis.

By 2030, antimicrobial resistance could force up to 24 million people into extreme poverty, as per the UN World Health Organisation, WHO, and its partners.

A serious note should be taken of the fact that more and more common diseases, including respiratory and urinary tract infections, as well as sexually transmitted infections, are untreatable; lifesaving medical procedures are becoming much riskier, and food systems are increasingly precarious.

While it is known that resistance to antibiotics is inevitable over time, what is worrying is that it has been accelerated by the misuse of drugs. When the most common antibiotics fail to work, more expensive types are prescribed, resulting in longer illness and treatment, often in hospital. Cases are increasingly reported in which no existing drug works.

"The UAE deserves praise for not only being on guard but also taking concrete measures to tackle the challenge," added the editorial comment.

Relentless efforts being made by the Ministry of Health and Prevention, MoHAP, in cooperation with relevant public and private health bodies have resulted in reducing the use of antibiotics by as much as 43%, according to recent studies conducted at Sheikh Khalifa Hospital in Abu Dhabi.

The concern over resistance to antibiotics is not unfounded. In fact, the problem, a feature of medicine since Alexander Fleming’s discovery of the first antibiotic, penicillin, in 1928, has worsened in recent years as multi-drug-resistant bugs have developed and drug companies have cut investment.

New resistance mechanisms emerge and spread globally threatening our ability to treat common infectious diseases, resulting in death and disability of individuals who until recently could continue a normal course of life.

More investment in research and development for antibiotic-resistant infections, including tuberculosis, is the need of the hour. Reducing the use of antibiotics and rewarding drug companies for developing new medicines remains the best way forward.

Resistance to antibiotic drugs is a global health emergency. Recognising that human, animal, food and environmental health are closely interconnected, the WHO report has called for a coordinated, multi-sectoral ‘One Health’ approach and all countries should heed the valuable suggestions.

There is a need to prioritise national action plans to scale up financing and capacity-building efforts. Stronger regulatory systems and support awareness programmes for responsible and prudent use of antimicrobials by professionals in human, animal and plant health should be put in place.

"There is also a dire need to invest in research and development for new technologies to combat antimicrobial resistance," concluded the Sharjah-based daily.