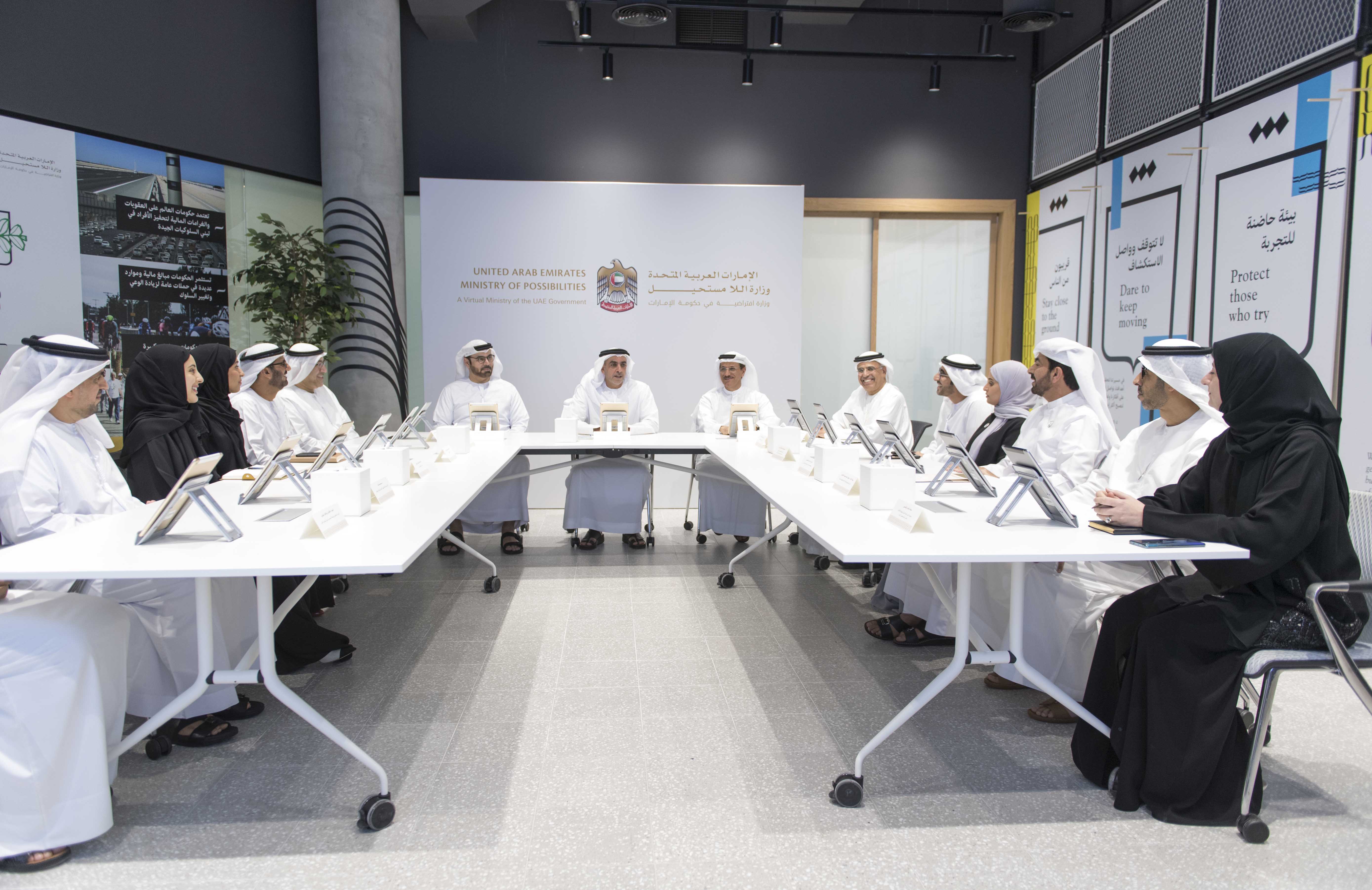 DUBAI, 15th May, 2019 (WAM) -- H.H. Lt. General Sheikh Saif bin Zayed Al Nahyan, Deputy Prime Minister and Minister of the Interior, has chaired the first meeting of the Department of Behavioral Rewards of the Ministry of Possibilities, which was launched by His Highness Sheikh Mohammed bin Rashid Al Maktoum, Vice President, Prime Minister and Ruler of Dubai in April, 2019.

The Department of Behavioral Rewards aims to develop an approach for incentivising positive behaviour through a point-based rewards system that can be used in payments for government services.

H.H. Lt. Sheikh Saif approved the executive work plans for the department during the next phase, which includes the development of a list of behaviours affecting society, identify incentives to stimulate behaviour, in addition to developing a smart application to reach all segments of society.

"The Department of Behavioral Rewards within the Ministry of Possibilities is a pioneering initiative launched by the UAE Government as part of its leadership vision to enhance the positive behaviour of the community and its institutions and to invest the positive energies existing in the UAE society and form an institutional framework," he commented.

The ministry is with no minister, and will be managed by the members of the UAE Cabinet.