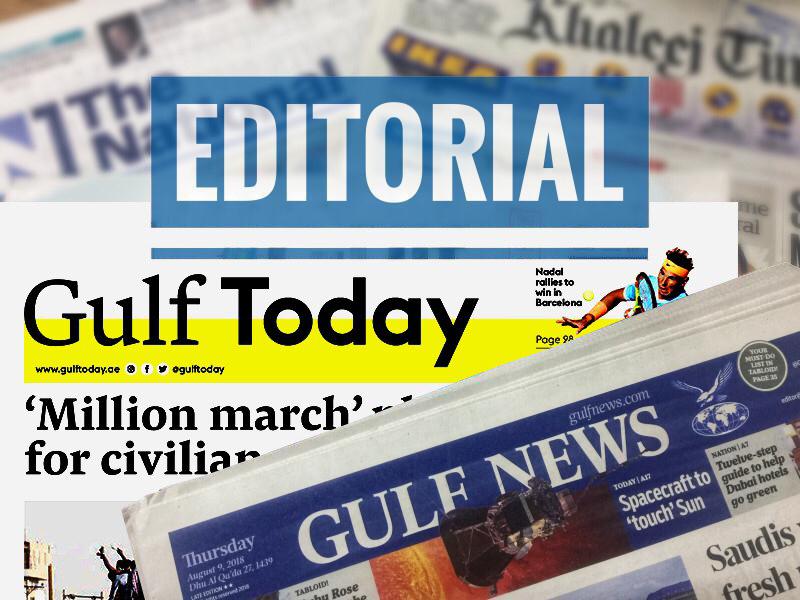 ABU DHABI, 26th May, 2019 (WAM) -- While many nations are just starting to think about utilisation of smart technologies and artificial intelligence, the UAE has been fortunate, thanks to visionary leadership, to have already made rapid strides and lead the digitisation race in the region, a UAE newspaper has commented editorially.

The upsurge in patent applications for devices and machines powered by Artificial Intelligence, AI, in the last five years, suggests that it could soon revolutionise all areas of daily life far beyond the tech world, as per a recent UN World Intellectual Property Organisation Technology Trends report.

The report unmistakably underscored the fact that 50 percent of all patents for AI – the replication of human intelligence by machines for use in industries such as transport and healthcare, for instance – have been published since 2013, adding up to more than 170,000 different patented ideas.

"To anticipate the future and keep pace with new technologies is a trait that has made the UAE a hotspot destination," said The Gulf Today in an editorial on Sunday.

The UAE Cabinet, chaired by His Highness Sheikh Mohammed bin Rashid Al Maktoum, Vice President, Prime Minister and Ruler of Dubai, recently adopted the National Artificial Intelligence Strategy 2031, aiming at positioning the UAE as a global leader in artificial intelligence by 2031 and to develop an integrated system that employs artificial intelligence in vital areas in the UAE.

A number of vital sectors are sure to witness an immediate positive impact from applying AI technologies. The massive advantage is that AI applications will contribute to the national GDP in the coming years, which would create new economic opportunities.

In another related development, the UAE government recently inaugurated the Centre for Fourth Industrial Revolution in the UAE. The centre, the fifth of its kind in the world after the United States of America, Japan, India and China, has been set up as part of a strategic partnership between the UAE government and the World Economic Forum.

The centre will go a long way in facilitating swift implementation of smart projects by preparing strategies, policies and developing solutions to the most pressing challenges.

Dubai’s transformation into a smart city offers a tailor-made model for others. The Roads and Transport Authority recently announced the completion of 75 projects as part of the Smart City and Artificial Intelligence Programme. Projects completed relate to the smart organisation, infrastructure, smart vehicles, data management, artificial intelligence and smart and sustainable transport.

RTA has accomplished a host of smart projects and initiatives such as Raqeeb system, which monitors the condition of 300 bus drivers. The system contributed to reducing fatigue-related accidents by 65%.

"The UAE is one of the most prepared countries in the region to adopt AI technology because the government has already built a thorough technology infrastructure over the past two decades. It is pleasing to note that the UAE is continuously developing new business models that are dependent on technology and the outcomes of the Fourth Industrial Revolution," concluded the Sharjah-based daily.