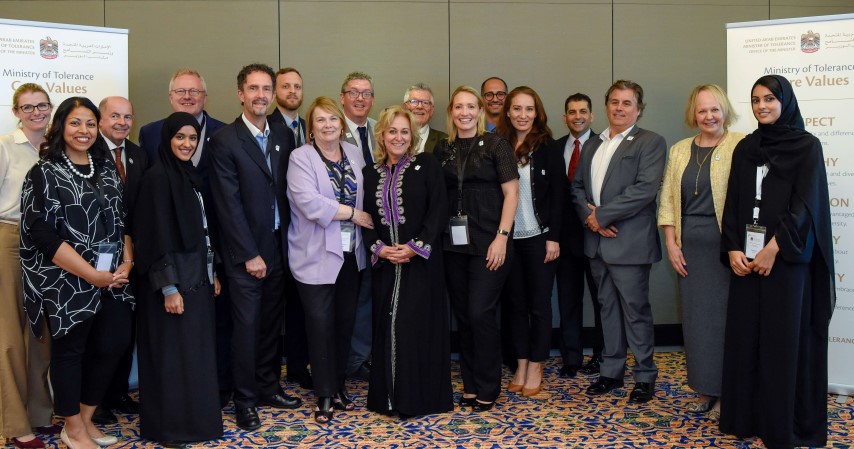 Everyone has contributed to building the country, which has become a leading global model, he continued, adding that the UAE appreciates the support of its expat community has provided towards attaining its goals and visions.

The Minister's remarks came during a workshop titled, "Towards Tolerant Institutions: Practices and Policies," organised by the Ministry of Tolerance in Abu Dhabi and Dubai, and attended by representatives of Emirati institutions and several experts and investors.

"Since the establishment of the UAE by the late Sheikh Zayed bin Sultan Al Nahyan, the country has welcomed talented and steadfast people, who have lived and worked with everyone and have many achievements to their credit, supported by the 'country's leadership," he noted.

Sheikh Nahyan added that the Founding Father, Sheikh Zayed, promoted the values of tolerance, coexistence and acceptance, stressing that the workshop aimed to ingrain the culture of tolerance among private sector institutions and the ministry is keen to hold other workshops and events that promote tolerance.

He then highlighted the importance of the "Corporate Tolerance Certificate," awarded to companies that implement policies and practices that reinforce tolerance and respect between employees.

The participants of the workshop thanked Sheikh Nahyan and the ministry for bolstering the values of coexistence and respect across various sectors and bodies within UAE society.