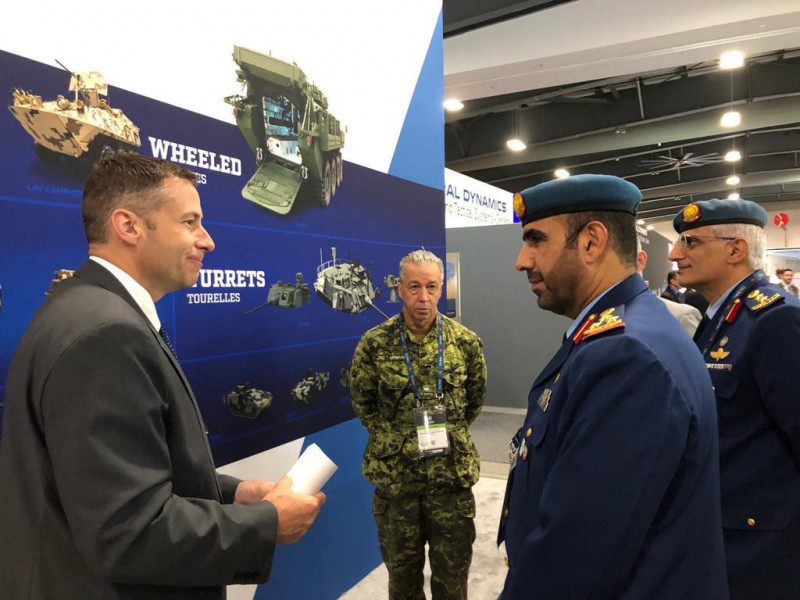 The UAE delegation met with a number of members of participating delegations of a number of countries with the aim of enhancing cooperation with their respective countries.

The delegation toured the exhibition, which opened yesterday in the Canadian capital of Ottawa, which included a number of pavilions and platforms of Canadian, regional and international companies specialised in the defence and security industries, and the latest developments of these global companies.

During a meeting with Patrick Finn, Assistant Deputy Minister, Materiel, Department of National Defence of Canada, the UAE delegation discussed cooperation between the two countries and means of developing them in various defence fields, in addition to reviewing a number of issues of mutual interest.

CANSEC, Canada’s Global Defence and Security Trade Show, has been established as the platform for defence and security companies operating in Canada to come together with key decision-makers from military and government, both national and international. Held annually in Ottawa since 1998, CANSEC 2019 is showcasing leading-edge technology, products and services for land-based, naval, aerospace and joint forces military units.