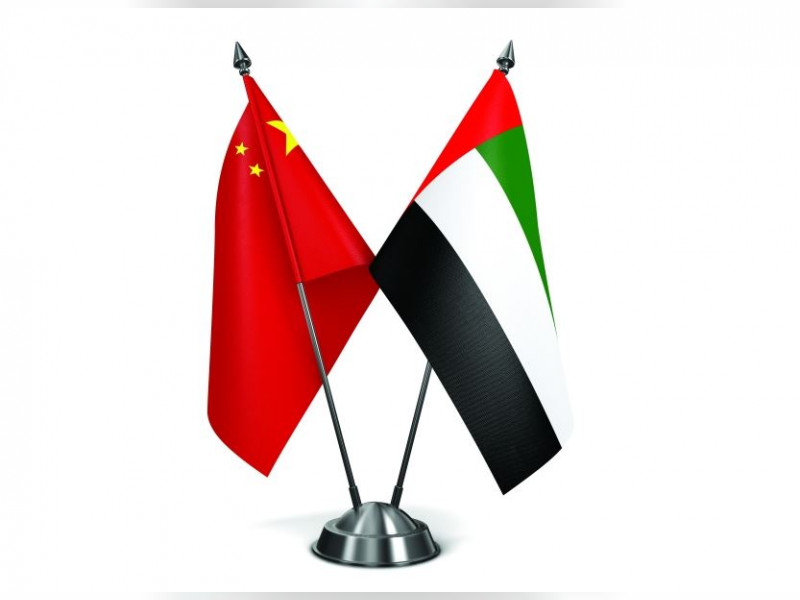 ABU DHABI, 5th June, 2019 (WAM) – Collaboration between the Department of Antiquities and Museums of the northern emirate of Ras Al Khaimah and the Forbidden City Foundation, a Chinese institution based in Beijing, is shedding new light on the ancient trading relations between China and the southern Arabian Gulf, according to a lengthy report published in today’s issue of the daily Abu Dhabi newspaper ‘The National.’ A five-year agreement was signed a year ago between the Ras Al Khaimah Government and the Foundation.

Over the course of last winter, the newspaper reported, archaeologists from the Department and Beijing’s Palace Museum excavated around 20,000 sherds of pottery and ceramics during work at the site of the medieval port-city of Julfar, just north of the present-day city of Ras Al Khaimah.

Some of the sherds identified will be lent next month for an exhibition on Indian Ocean trade routes at Beijing’s Forbidden Palace Museum.

Medieval pottery and porcelain from China and from other parts of east Asia, including Vietnam and Burma (Myanmar) has been excavated and identified from numerous sites throughout the Emirates, from Dibba and Khor Fakkan, on the East Coast, to the island of Sir Bani Yas, in the far west of the country.

The paper’s full report, by Anna Zacharias, author of a book on the people of Ras Al Khaimah, follows.

Tibor Paluch pinches a glazed piece of pottery between his fingertips. Its delicate blue lines form a likely profile of a duck and possibly painted nearly 700 years ago in the mountainous forests of Jingdezhen, southeast China.

The shard is one of about 20,000 fragments of pottery and ceramics unearthed this winter in Ras Al Khaimah by a team of archaeologists from the Palace Museum in Beijing and the RAK Department of Antiquities and Museums.

"This is a water bird, probably a duck," said Mr Paluch, an archaeologist at the RAK department, as he twisted the piece between his fingers.

"It wasn’t just for everyday use. According to the Chinese, it was possibly a gift to a local ruler. It shows an important connection between the two areas."

Archaeologists now have the daunting task of cataloguing the fragments. But the high level of trade between China and Julfar, the medieval predecessor to Ras Al Khaimah, is apparent.

Just a few months ago, the shard with the waterbird was buried one metre underground. It was crafted sometime between 1320 to 1360 and quite possibly intended as a diplomatic gift. It’s not clear who the intended recipient was but its pattern shares similarities with ceramics gifted to foreign officials during the Yuan Dynasty established by Kublai Khan, the grandson of Genghis.

Jingdezhen’s rivers eased the transport of fragile porcelains to the East China Sea and from there, it would have crossed the Indian Ocean to Julfar, a thriving ancient port city at the Gulf's mouth with 50,000 to 70,000 inhabitants.

On the table before Mr Paluch are fragments of daily life from the medieval city, like small copper coins and pieces of glass bangles, decorated with swirls and delicate triangles. Mr Paluch worked with the Chinese team to unearth nearly 300 small finds from a two-by-five metre trench on the highest mound in Julfar’s southwest area, known as Al Nudud.

They excavated to a depth of three-and-half metres. Usually, the deeper the dig, the older the finds. In Al Nudud, houses were built of mud, destroyed and rebuilt with old clay. This meant findings were far older than might be expected. The oldest fragment was about 800 years old.

"We did not find any large building remains but some contemporary human settlement’s signs, such as charcoal bits and burnt ceramic shards," said Zhai Yi, an associate research fellow of the Palace Museum, who worked on the dig.

"Also, we got a very rich deposit of finds, like large quantity of Julfar pottery, some imported Chinese ceramics, glasses, metal works, coins, etc. These finds can prove that Al Nudud was once a busy residential area."

The January dig uncovered 14,700 ceramic pieces, including 65 Chinese pieces, as well as pieces of Islamic and local pottery.

Chinese porcelain is particularly helpful for archaeologists because production history is so thoroughly studied that specialists can pinpoint the time and place each piece was created.

A variety of porcelain from across China’s southeast would have adorned the homes of Julfar’s residents or been traded on dhows that sailed to the Red Sea and distant Indian Ocean ports.

In addition to porcelain from China's Fujian and Jianxi provinces, there was pale green celadon pottery from Longquan kilns in the coastal Fujian province and Shiwan ware. Besides there is stoneware from Guandong province fired in massive ovens known as dragon kilns, that could bake 25,000 pieces at once.

The Chinese ceramics of Julfar dated from 13th to 16th centuries, including a bluish-white Qingbai piece from early 13th century baked in the Dehua kilns of Fujian.

Documentation will take months. Each piece must be weighed, given a unique code, photographed, drawn and grouped into a data set for analyses. Each is classed by traits like glaze, fabric, shape, decoration and reign mark, a four to six-character inscription with the name of the dynasty and the ruling emperor when the piece was produced.

The data set will allow for comparison to similar finds from other sites in the Arabian Gulf, the western Indian Ocean or China.

The team will return later this year for a second season in Al Nudud.

The work is funded by the Forbidden City Foundation and part of a five-year agreement with the RAK Government that began last Ramadan with an assessment of Chinese porcelain from Julfar. In July, some will be lent to Beijing for an exhibition on Indian Ocean trade routesat Forbidden City Palace Museum.

"As you see, recently the Chinese teams have found many connections in the region, the UAE and Saudi Arabia," said Ahmed Al Tenaiji, director general of the RAK antiquities department. "There is a huge opportunity for different teams to come and excavate. There are great things that can be done."