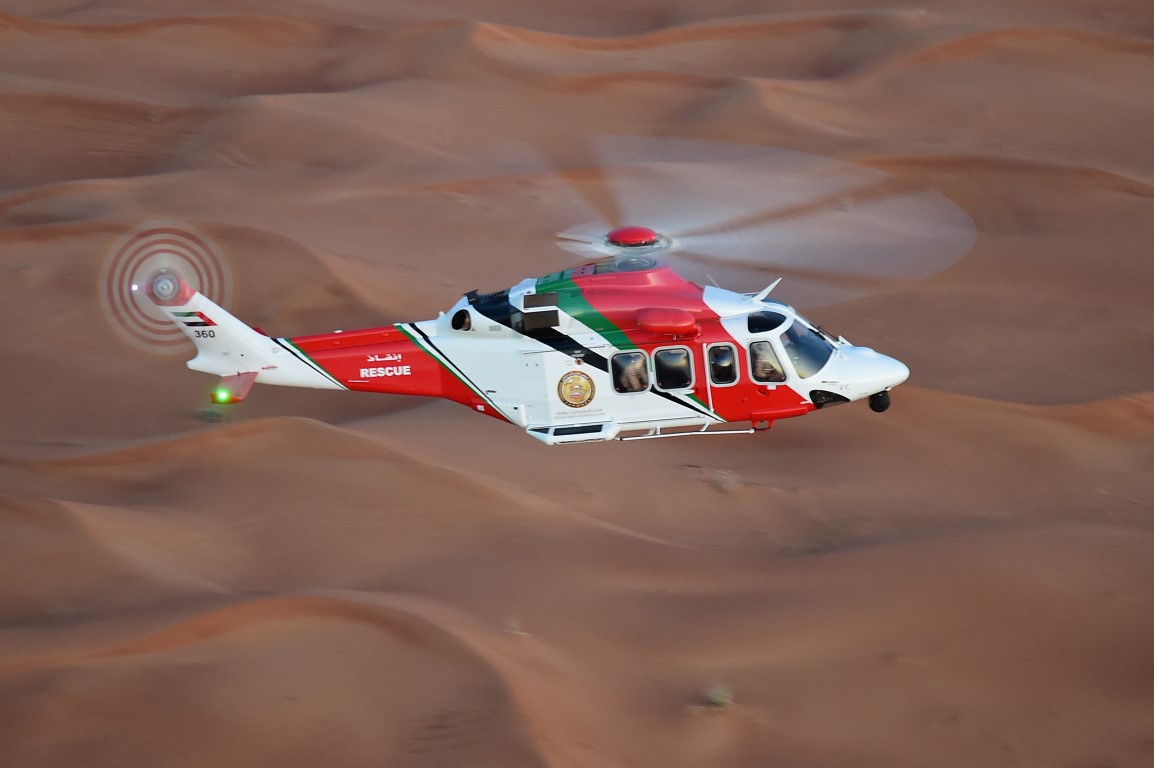 A report was received by the Ras Al Khaimah Police about two men trapped on the mountain, with one of them suffering from extreme exhaustion and immobility.

An NSRC aircraft was then dispatched immediately to Wadi Al Beeh to search for and rescue the injured men, who were lifted off the mountain using a crane and transferred to Obaidullah Hospital in Ras Al Khaimah.