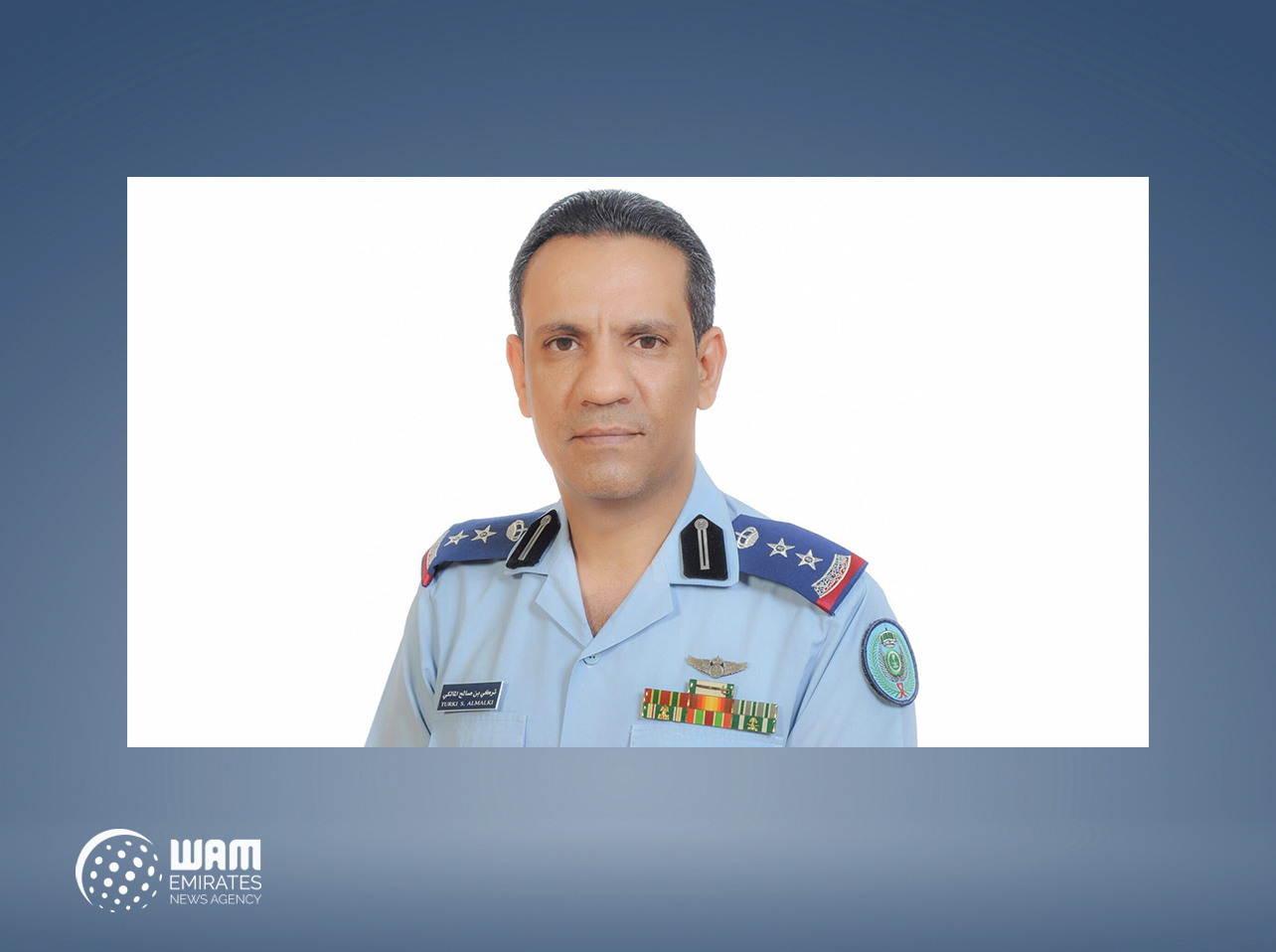 RIYADH, 30th June, 2019 (WAM) -- The Coalition to Restore Legitimacy in Yemen announced that it intercepted and downed two drones on Saturday launched by the Iranian-backed Houthi militias and targeting southern Saudi Arabia.

The Saudi Press Agency, SPA, quoted Colonel Turki Al Maliki, Official Spokesman for the Coalition to Restore Legitimacy in Yemen, as saying that the drones were heading to the Asir region and Jazan.

Al Maliki said that at 10:45 pm Saturday, the Coalition Forces managed to intercept and down a drone launched by Iranian-backed terrorist Houthi militia from Sanaa towards Jazan.

He also added that, at 11:45 pm yesterday, the Coalition Forces managed to intercept and down another drone launched by the terrorist Houthi militia towards a residential area populated by civilians in the region of Asir.

Colonel Al Maliki said that the Houthi terrorist criminal tool continues to launch drones to carry out hostile and terrorist acts by targeting civilians and civilian installations and that none of their targets have been achieved.