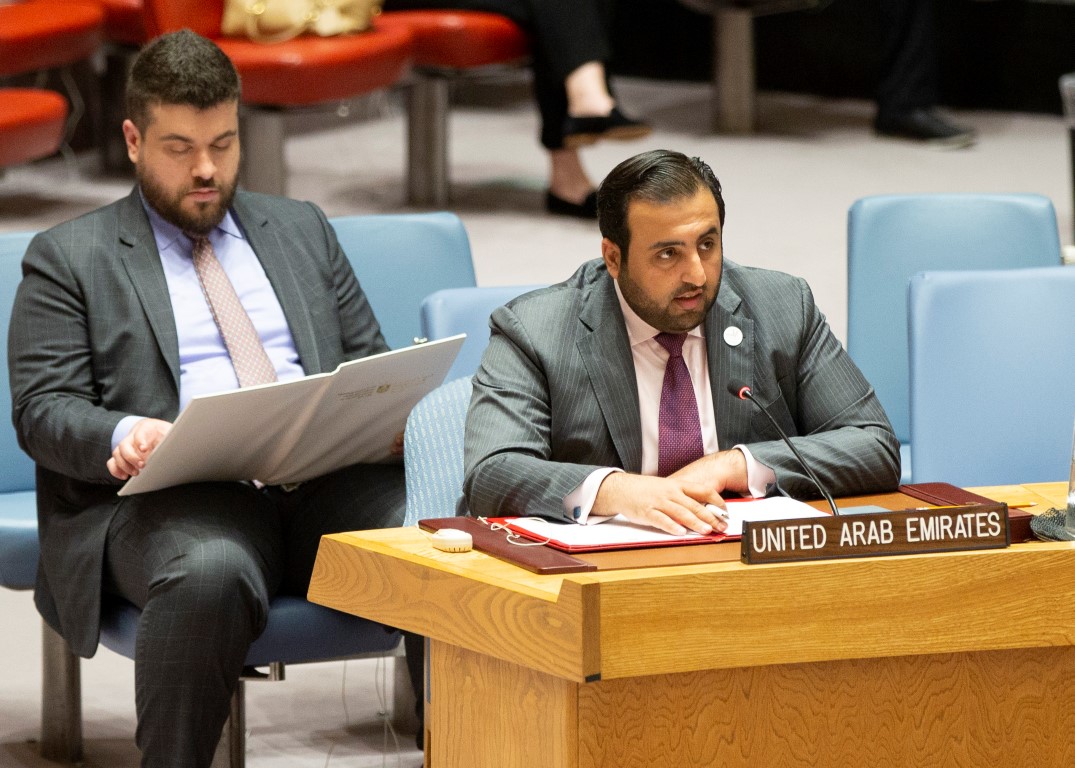 In a statement at the debate, Saud Al Shamsi, Deputy Permanent Representative and Chargé d'affaires of the UAE to the UN, stressed that the UN focus on strengthening the capacity of Member States to better understand and implement their obligations when the Security Council adopts new resolutions on this issue, in addition to holding Member States that finance and support terrorist groups accountable when they violate these resolutions. He emphasised the need to better understand the linkages between international terrorism and organized crime, and to implement tailored programs that take into consideration the regional context to effectively combat these crimes.

"As the main commercial and financial center of the Middle East, the UAE works diligently to combat international terrorism and organised crime," underscored Al Shamsi.

"There is a growing linkage between terrorists and criminals from organised crime syndicates. Terrorists benefit from the trafficking of persons, weapons, cultural property, natural resources, and financial resources to support their operations. Therefore, the elimination of international terrorism requires disrupting every source of financial and logistical support, including organised crime."

Al Shamsi stated that at the national level, the UAE has strengthened its legal frameworks to combat terror financing and implemented the latest recommendations by the Financial Action Task Force, FATF, ensuring continued compliance with international standards in this regard. He also pointed out that the UAE’s financial intelligence units have been adequately equipped to analyse and investigate suspicious transactions. He stressed that tackling the linkages between international terrorism and organised crime cannot be effective without close cooperation with the private sector and not-for-profit and charitable institutions.

Al Shamsi noted that in addition to being party to regional and international treaties and conventions relating to combatting terrorist financing, the UAE has co-sponsored and implemented UN Security Council resolutions on the issue. He pointed out that the UAE also sponsored Council resolution 2347 – the first exclusive resolution from the Council on combating the destruction and illegal trafficking of cultural property by terrorist groups in armed conflict – following the launch of the International Alliance for the Protection of Heritage in Conflict Areas by the UAE, in cooperation with France and UNESCO. Furthermore, he noted that the UAE is one of the founding countries of the Financial Action Task Force for the Middle East and North Africa, which plays an important role in the exchange of information between financial intelligence units to combat the financing of terrorism in the region.