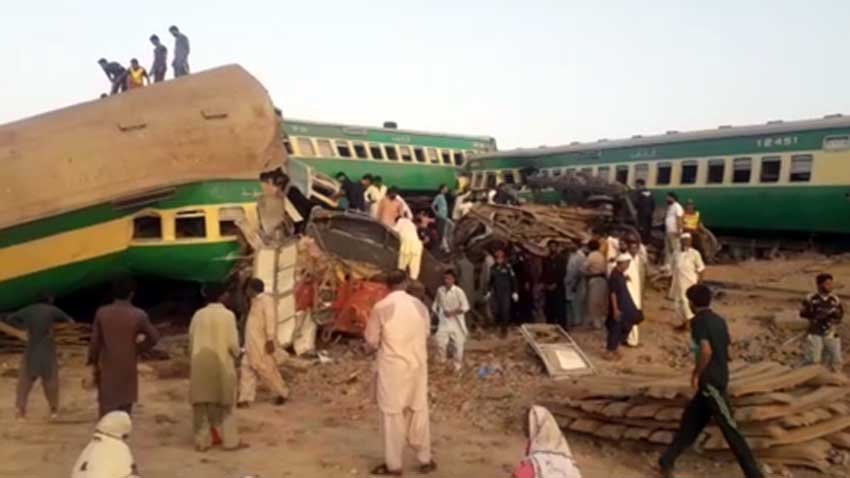 KARACHI, 11th July, 2019 (WAM) -- A passenger train crashed into a stationary freight train in Pakistan on Thursday, killing 11 people and injuring more than 60 under overturned carriages, Reuters has quoted police as saying.

The Akbar Express, heading to the western city of Quetta from Lahore, crashed into the freight train in the Sadiqabad area of Punjab province's southern Rahim Yar Khan district, destroying five carriages and trapping passengers.

Rescuers freed the wounded by cutting through the twisted metal of the carriages and dozens were taken to hospital, police said.

The cause of the crash is under investigation.