UK’s deployments in Middle East not a direct response to tensions but pre-planned: Defence official 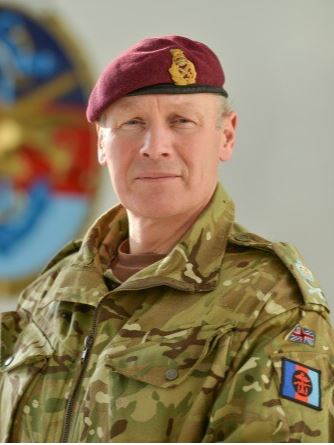 ABU DHABI, 12th July, 2019 -- The UK’s current military deployments in the Middle East are not a direct response to the existing US-Iran tensions in the region, according to a top British defence official.

"The current UK deployments are pre-planned and are not a direct response [to the existing tensions]," Lieutenant General Sir John Lorimer, the UK’s Defence Senior Advisor to the Middle East, who recently visited the UAE, told the Emirates News Agency, WAM.

"Our continued military presence demonstrates this intent. We have over 1500 personnel permanently stationed in the region, along with several Royal Navy ships and some of the most advanced military aircraft," he added.

The British official, however, affirmed that his country is seeking a diplomatic solution and a de-escalation of the tensions.

"The UK has been clear that a diplomatic solution remains the key focus of our efforts and we call on all actors to de-escalate current tensions," he said.

"In targeting civilian shipping, international norms have been violated. It is essential that trade is able to pass safely through international waters in this region and we are working closely with our partners to restore maritime security in the Gulf," he added.

The UK, along with the US and European partners, have recently expressed their concern at Iran’s announcement that it has exceeded the Joint Comprehensive Plan of Action, JCPoA, stockpile limit for low enriched uranium.

Talking about that, Sir John Lorimer said, "We have been consistent and clear that our commitment to the nuclear deal depends on full compliance by Iran. We regret this decision by them, which calls into question an essential instrument of nuclear non-proliferation."

"The UK urges Iran to reverse this step and to refrain from further measures that undermine the nuclear deal. We are urgently considering next steps under the terms of the JCPoA in close coordination with other JCPoA participants," he added.

The UK’s Defense Senior Advisor to the Middle East praised the UAE Armed Forces, describing it as "one of the most experienced and capable militaries in the region."

"It is an honour for the UK to have such a strong and longstanding relationship with the UAE Army.

"We continue to support a regular programme of training, advice and exercises, in line with mutual development objectives. The UK remains committed to promoting regional stability and security through our work with the UAE Armed Forces," he added.

His visit, last month, to the UAE was the third this year.

He said during the last visit that "the longstanding friendship between the UAE and the UK runs deeper than defence engagement and trust remains critical to our success."

The UK remains strongly committed to working with all regional partners to develop modern, capable and agile armed forces, he emphasised. "In support of this objective, we hosted a meeting of military leaders from across the region on 4 July [in the UK]," said the veteran military official.

"This forum provides a means for peers to exchange their ideas and work more closely together on a shared transformation journey, in an ever-changing world," he added.

The forum was a follow-up to the successful meeting of the GCC, Egypt and Jordan Chiefs of Defence, hosted by the UK Chief of Defence Staff General Sir Nick Carter in Oman last November, Sir Lorimer concluded.