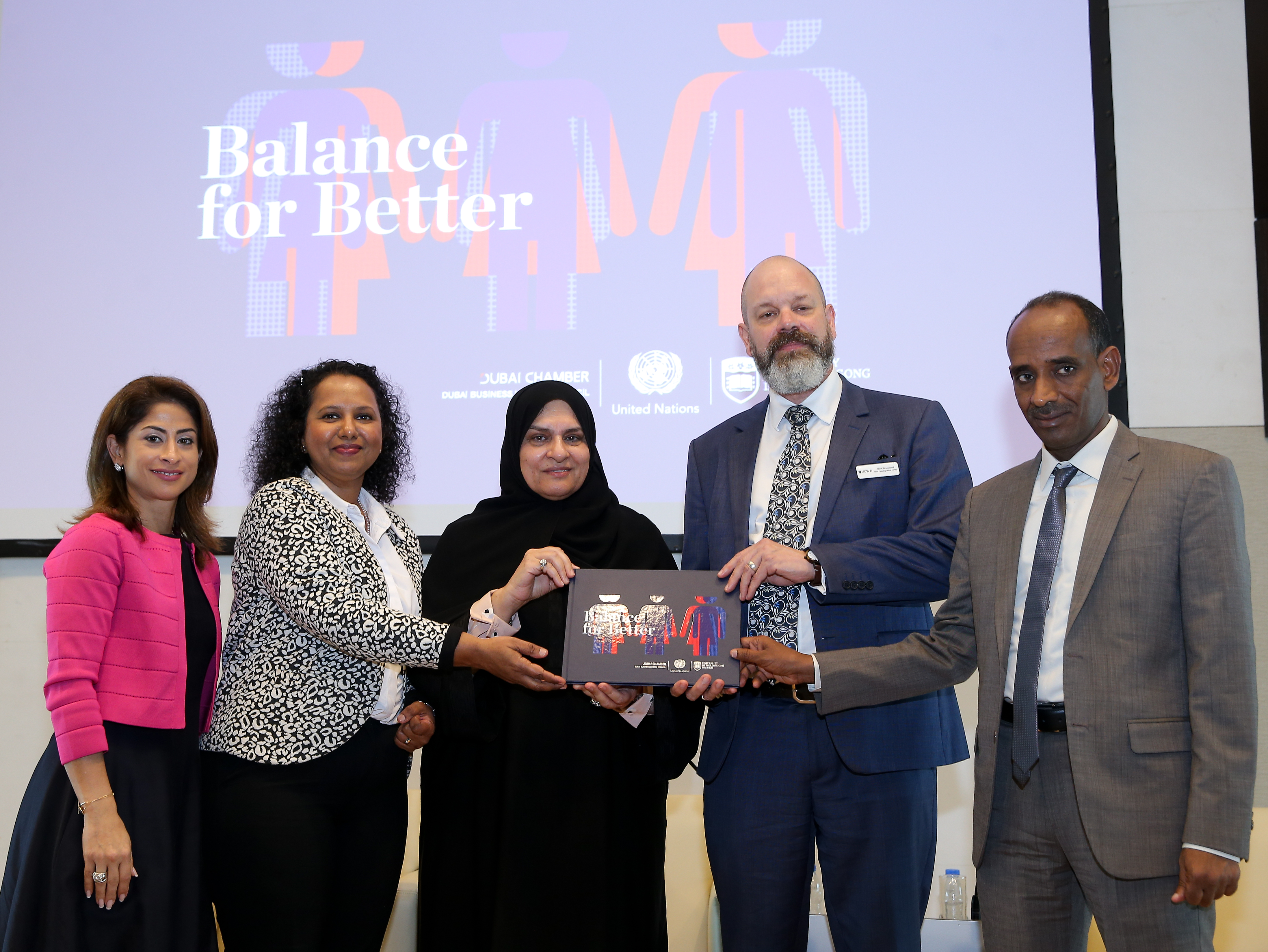 DUBAI, 30th July, 2019 (WAM) -- A recently issued book, "Balance for Better", features the stories of 19 women from different nationalities working in Dubai, the factors affecting them and their professional journeys, their contribution to the economy based on their experience in leadership positions and gender equality efforts within the business environment.

The book was issued by the Dubai Business Women Council, DBWC, collaboratively with the University of Wollongong in Dubai, UOWD, and the United Nations, UN, and is an outcome of extensive research led by Dr. Payyazhi Jayashree, Acting Dean, and Associate Dean (Education), University of Wollongong in Dubai, as part of the DBWC-UOWD-UN Research collaboration.

The book was launched on the sidelines of the forum, "Inclusion, Innovation, & Sustainability: Businesses of The Future", organised recently by the DBWC, the UOWD, and the UN.

The book "Balance for Better" showcases and includes interviews with women leaders, and panel discussions with corporate leaders that took place as part of the UOWD-DBWC - UN Women and Leadership Research and Best Practices Forums led by Jayashree since 2015.

The women who shared their experiences are from different industries, such as Government, educational, medical technology, banking and finance, legal, agriculture, high technology industries, and the industrial sectors. These include Dr. Raja Easa Al Gurg, CEO of the Easa Saleh Al Gurg Group; Lubna Qassim, Minister of First-Class Foreign the Ministry and International Cooperation; Saudi Dr. Heba Shatta, Cosmetic Dentist; Aysha Al Kaabi, Head of the Programme Unit at the UNDP Country Office in UAE, and other successful businesswomen in leadership positions.

The book also highlights the diverse vision of five male corporate leaders from global companies operating in the region, who spoke about the commitment of their institutions to bolstering diversity and inclusion in the business environment, enhancing gender equality in the workplace and how companies confront the challenges of integrating women to occupy leadership positions.

The businessmen are from a number of the top global companies including the Dow Chemical Company, Barclays Bank, General Electric, Phillips, Societe Generale, among others.

"Balance for Better" concluded that the UAE’s success as a nation is based on gender equality, and emphasised the importance of the UAE’s role in realising the UN’s Sustainable Development Agenda 2030, in which the fifth goal includes the importance of achieving a balance between both sexes, in addition to women empowerment.

The book also included a series of recommendations supporting women’s journey towards empowered leadership in an equitable environment.