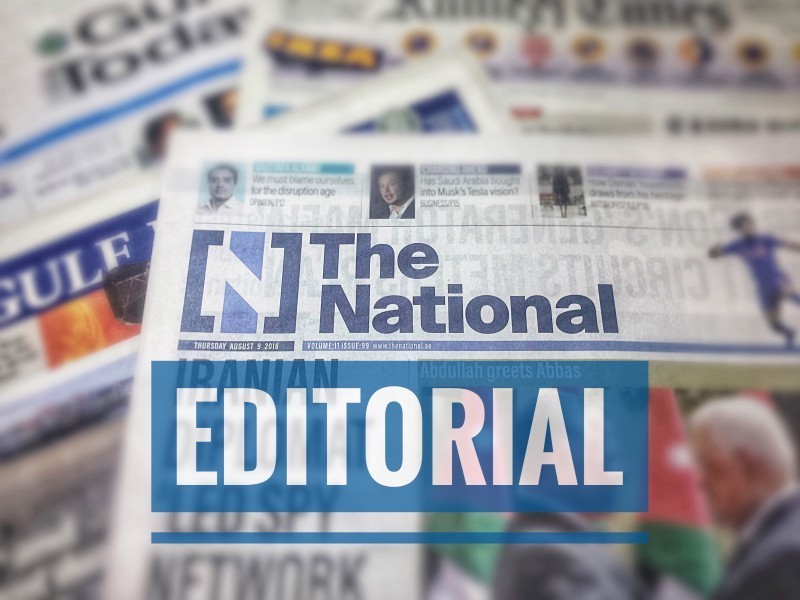 ABU DHABI, 13th August, 2019 (WAM) -- "Pictures of Dubai international airport in its early days in 1960 show a small, single terminal building next to a basic aircraft, with a few battered Land Rovers parked near the runway in a desolate landscape," said a UAE daily in an editorial today.

"From those humble beginnings, DXB – as it is fondly referred to by regular travellers – has grown to be not just the world’s busiest international airport but a showcase of the UAE’s embrace of technology and innovation," noted The National.

The paper explained, "In December last year, it welcomed its billionth passenger. This year, it remains the world’s busiest hub for international jetsetters. The airport processed 41.1 million passengers in the first six months of the year, compared to the 38.8 million passing through Heathrow in London and 37.8 million transiting through third-placed Hong Kong. In a measure of the UAE’s openness to the world, diverse destinations such as India, Saudi Arabia and Britain were the top three countries for arriving passengers, amounting to 28 per cent of traffic.

"Key to maintaining the airport’s position has been its constant development to make passengers' lives hassle-free, which would not have happened without a forward-thinking strategy from its management. Last year the airport was one of the first to implement face-scanning technology, with the aim of eventually dispensing with the need for physical documents. Plans are underway to integrate solar-powered and self-driving cars into ground transportation and Emirates airline chief Tim Clark envisions innovative measures in the near future, with robots handing passengers their baggage."

Airports can often give the impression of being shackled by bureaucracy and endless queues and generally being unwelcoming places, particularly to long-distance travellers, the editorial stated, adding "Dubai's airport has done much to dispel that fusty image."

"But a state-of-the art airport would not have been possible without the inherent openness of the Dubai model, dating back to its history as a trading hub, first by sea and camel and now by air, thanks to investments in infrastructure."

"That tiny airport in 1960 was a precursor of today's model of a futuristic transit hub, which gives a taster of the modern city beyond," concluded the Abu Dhabi-based newspaper.