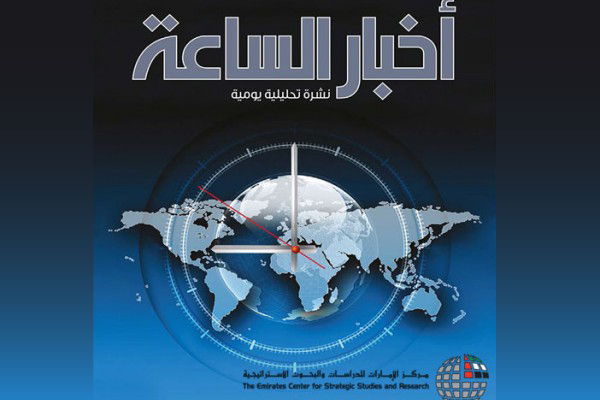 ABU DHABI, 13th August, 2019 (WAM) -- Akhbar Al Sa’a, the News of the Hour Bulletin of the Emirates Center for Strategic Studies and Research,ECSSR,stated that the meeting between the Custodian of the Two Holy Mosques, King Salman bin Abdulaziz Al Saud of Saudi Arabia, and His Highness Sheikh Mohamed bin Zayed Al Nahyan, Crown Prince of Abu Dhabi and Deputy Supreme Commander of the UAE Armed Forces, which took place yesterday in the Mina Palace in Makkah, highlighted the special ties between the UAE and Saudi Arabia.

These ties are a unique model of relations between friendly countries, which are working together to achieve the development, security, stability and prosperity of Arab countries and their peoples, it added.

In its article, titled, "The UAE and Saudi Arabia: In One Trench Facing Challenges," the daily bulletin of the Emirates Center for Strategic Studies and Research,ECSSR,noted that the meeting also confirmed the joint vision of King Salman and Sheikh Mohamed on how to counter attempts to create divisions between the people of Aden, and urged the conflicting parties to resort to dialogue and reason to achieve Yemen’s interests, affirming that the two countries believe that dialogue is the only way to settle conflicts between Yemenis during this important phase.

The article also pointed out that His Highness Sheikh Mohamed bin Zayed’s words during his meeting with King Salman and Mohamed bin Salman Al Saud, Crown Prince of Saudi Arabia, highlighted his views on the ties between their countries, and expressed the appreciation of Emirati and Arab peoples to Saudi Arabia for its pivotal role in protecting Gulf and Arab national security.

He also highlighted several important points, including the fact that Saudi Arabia is the cornerstone of the region’s security and stability, due to its regional and international position and influence and its balanced policies, as well as its strong ties with the UAE that are based on fraternity, solidarity and shared values, and the political will of their leaderships. The UAE and Saudi Arabia are cooperating to counter the forces threatening the security of the region and its people’s rights to development and prosperity, he said in conclusion.