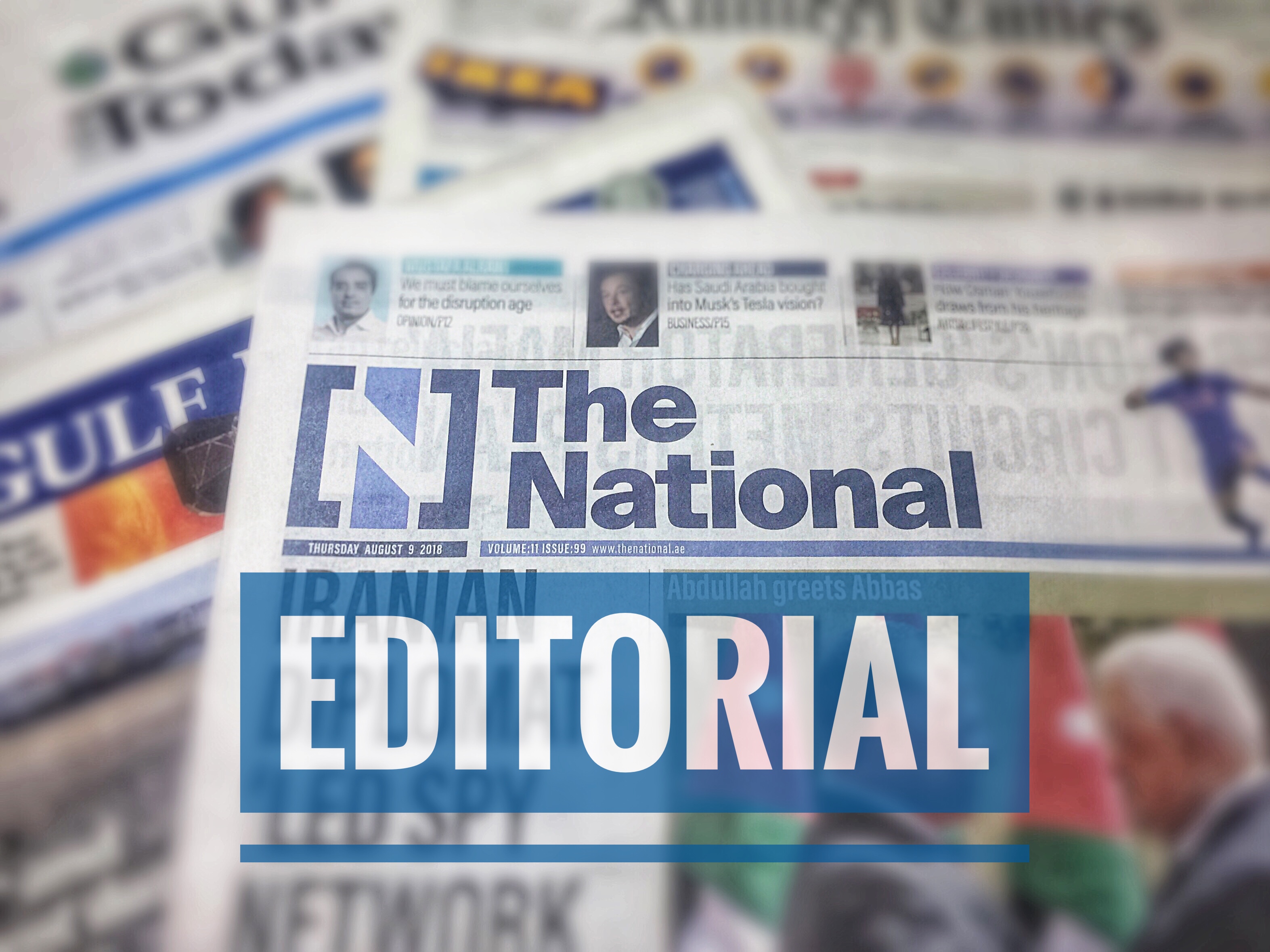 In its Wednesday editorial, The National said, "An economy is only as flexible as its workforce, and the launch of this forward-looking institution is a bold and welcome initiative for a nation preparing to embrace the challenges of the post-oil era."

"The traditional education model -- school, followed by university, at home or abroad -- has served the UAE well, creating a generation of highly educated leaders capable of running large companies and government departments. Not everyone, however, aspires to follow that academic route – and nor should they.

"Until now, universities have been the primary choice for students who, not unnaturally, sign up for those courses that seem to offer the best prospects for the future, only to find themselves graduating into an oversubscribed skills market. This helps no-one -- not the unwanted graduates, the companies with specialist jobs they cannot fill, nor, ultimately, the country," the English language daily added.

It went on to note, "We are living in an increasingly fast-moving world in which light-footed responsiveness to rapidly evolving technological and economic realities dictates which economies will thrive."

"The creation of the Professional School, the latest in a series of bold education initiatives designed to equip Emiratis to thrive in tomorrow’s world, recognises not only that many pupils are eager to begin building their careers and contribute to society as soon as possible but also that it is vital for the economy that they do so.

"The flexibility that the future demands is reflected in the very nature of the new school. There will be no full-time teachers; experts will be 'crowdsourced' as and when necessary, to teach subjects dictated not by fossilised curricula but by the evolving demands of the labour market. To succeed, this initiative requires an adjustment in the mindset of students and their parents," the paper continued.

"For years, as the UAE has developed and grown, a university education has been presented as the most valuable asset an individual can have. For many, of course, that will remain true. But if the UAE is to successfully transition to becoming a flexible, knowledge-based economy, vocational and academic paths must be accepted as being equally valid and complementary routes to the future," the Abu Dhabi-based daily concluded.