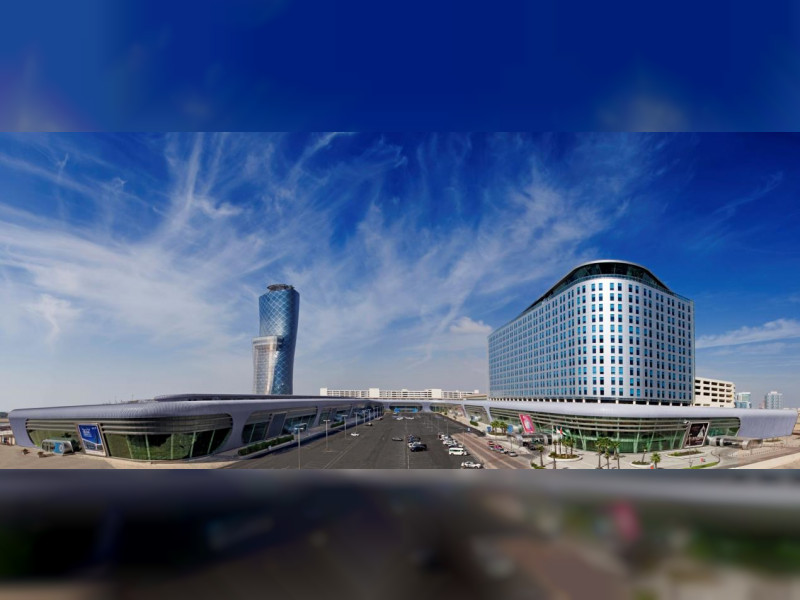 ABU DHABI, 14th August, 2019 (WAM) -- The first half of 2019 saw an input of AED2.3 billion into the Abu Dhabi economy, revealed the Abu Dhabi National Exhibitions Company on Wednesday.

In a statement, the company said that its Abu Dhabi National Exhibition Centre, ADNEC, and Al Ain Convention Centre, AACC, contributed AED2.3 billion to the Abu Dhabi economy in H1 2019, taking the company’s cumulative economic impact to AED34.3 billion since its establishment in 2005.

"The company’s direct and indirect contribution to the UAE capital’s economy increased by 45 percent this year, compared to the same period in 2018," the statement continued, adding that this increase was as a result of hosting two major events on the MICE calendar -- the International Defence Exhibition and World Future Energy Summit, both of which were held at ADNEC.

ADNEC and AACC hosted 29 exhibitions, 108 conferences and events, as well as 88 special events and supported more than 12,502 jobs in business tourism related sectors in the first half of 2019. The total number of the venues’ surrounding hotels registered 343,100 overnight visitors.

Commenting on the results, Noura bint Mohammed Al Kaabi, Minister of Culture and Knowledge Development and ADNEC Group Chairperson, said, "The UAE capital is leading the way in positioning itself as the region’s preferred business tourism hub and ADNEC’s H1 performance testifies to our concerted efforts to maintain this status."

She added, "In line with our priority to contribute to achieving the Abu Dhabi Plan and its Economic Vision 2030, ADNEC will continue to drive the diversification and growth of the emirate’s economy as a central part of its strategy."

Speaking on the robust performance, Humaid Matar Al Dhaheri, Group CEO of ADNEC, said, "The impressive number of events hosted by our venues in the first half of 2019 reinforces our position as a leading destination in the flourishing business tourism sector."