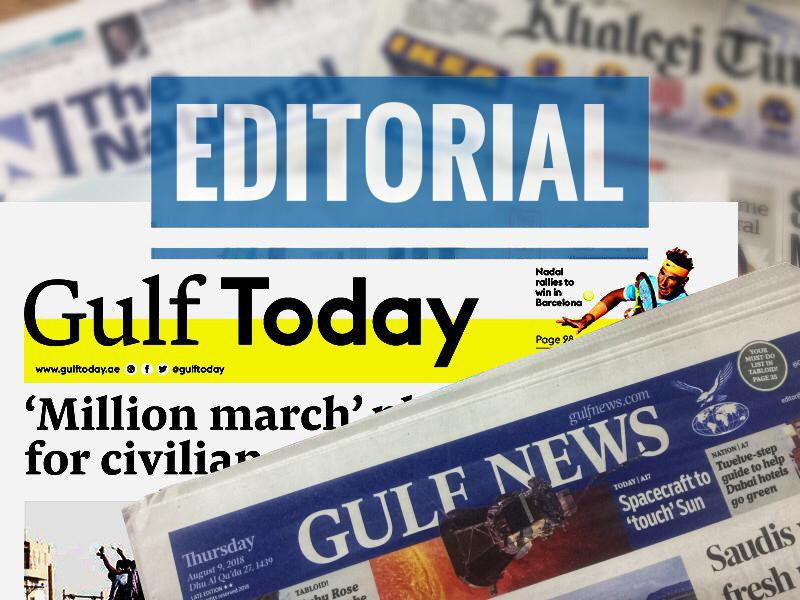 ABU DHABI,17th August, 2019 (WAM) -- Climate change is upon us, and it’s hard to miss it, says the English language daily Gulf News in its editorial on Saturday.

The newspaper cites the heatwave across Europe this summer, the dramatic ice melting in Greenland, the wildfires in the Arctic, extreme rains in many parts of the US and the drought and heat cycles in India as just part of the evidence highlighting why it is unwise to be dismissive of the climate change alarm.

For those who cannot grasp the enormity of what is happening to the planet as a result of climate change, looking at the smaller, more immediate, picture of its impact may help.

Thanks to the expanding carbon footprint on the planet, experts say the food we eat is becoming less nutrient-dense. Even as scientists are trying to figure out how rising carbon dioxide levels in the atmosphere can leach foods of nutrients, the ground reality is that, if this continues unchecked, 30 years from now, the planet’s population may be fundamentally malnourished. It’s hard to think of a more alarming future for mankind, the editorial points out.

The cold fact is, climate change is the unalterable issue of our time. A collective global will to address it and work towards the objectives of the Paris Agreement and Sustainable Development Goals will dictate how economies and societies will either flourish or diminish. The writing on the wall is unmissable: it’s time to move rapidly towards a New Climate Economy. Our future depends on it, the newspaper says.

The Paris accord’s clarion call is for countries to work together to limit the planet’s warming to "well below" 2 degrees Celsius (3.6 degrees Fahrenheit) above pre-industrial levels. Already, July 2019 was around 1.2 C warmer than the pre-industrial era, according to data. The window of time for countries to close the emissions gap is getting smaller by the day, climate experts warn. If, by 2030, the temperature rise is not capped as per the Paris Agreement, temperatures will likely rise more than 2 C.

But this is not about governments and policies alone; it’s also about individual contributions to reverse environmental degradation. In big ways and small, each one of us can help combat global warming through prudent lifestyle choices and an understanding of what our indulgent habits can do to the future of our race, concludes the editorial.