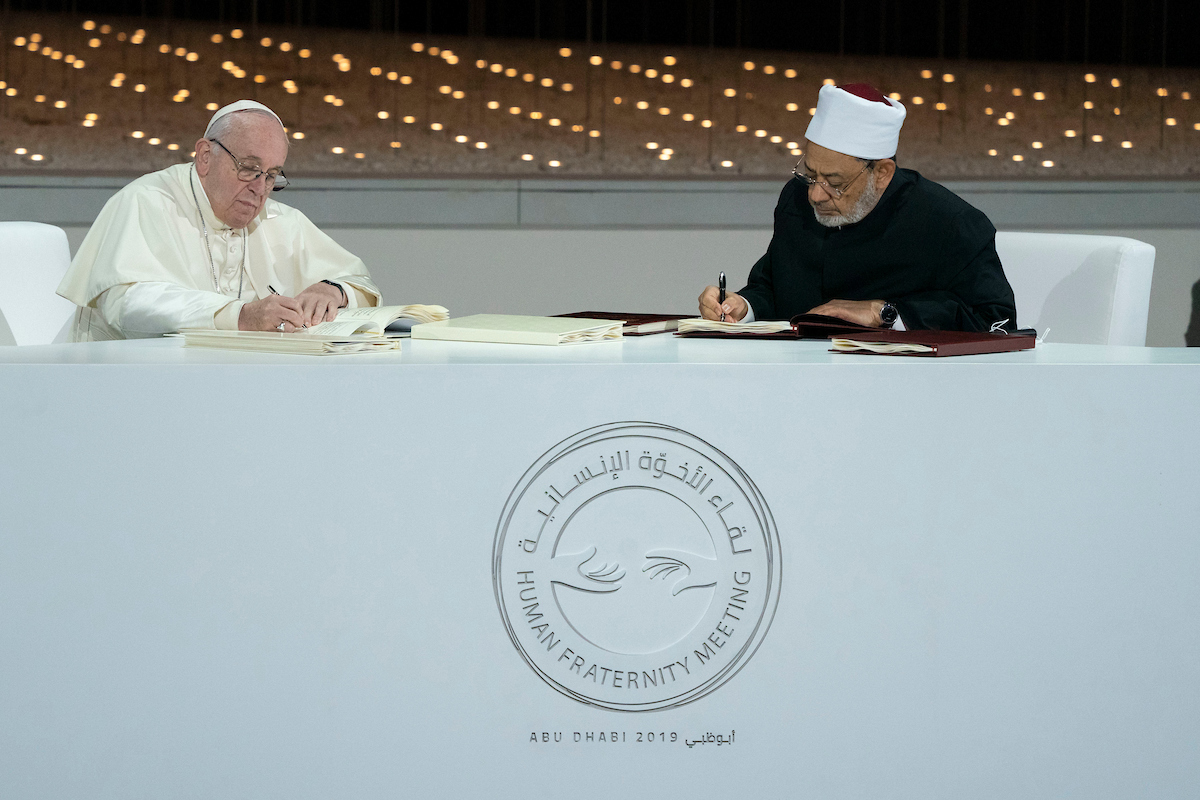 ABU DHABI, 19th August, 2019 (WAM) -- A higher committee has been set up in Abu Dhabi to implement the Human Fraternity Document signed by His Holiness Pope Francis of the Catholic Church and His Eminence the Grand Imam of Al Azhar, Dr Ahmed el-Tayyeb, in the UAE capital last February.

His Highness Sheikh Mohamed bin Zayed Al Nahyan, Crown Prince of Abu Dhabi and Deputy Supreme Commander of the UAE Armed Forces, said that the formation of the committee would help to implement the shared vision of developing initiatives and ideas to foster tolerance, cooperation and coexistence. The UAE supports all efforts that promote peace and spread the principles of fraternity and peaceful coexistence worldwide, His Highness added.

The committee is tasked with developing a framework to ensure the objectives of the global Declaration of Human Fraternity are realised. It will also prepare the necessary plans to implement the document, follow up on its implementation at regional and international levels, and hold meetings with religious leaders, heads of international organisations and others to support and spread the idea behind this historic document.

The higher committee will also urge legislative authorities to adhere to the provisions of the document in national legislation so as to instill the values of mutual respect and coexistence. It will also supervise the Abrahamic Family House. The committee can rope in new members by mutual agreement.

The Human Fraternity Document - the Abu Dhabi Declaration - issued in February was a joint declaration of efforts to unite humanity and work towards world peace to ensure that future generations can live in an atmosphere of mutual respect and healthy coexistence. The document was signed during the Pope's historic visit to the UAE.

The signing of the Human Fraternity Document demonstrated the UAE's commitment to promoting interfaith dialogue and shared values that include tolerance and peaceful coexistence among people of all religions and faiths.