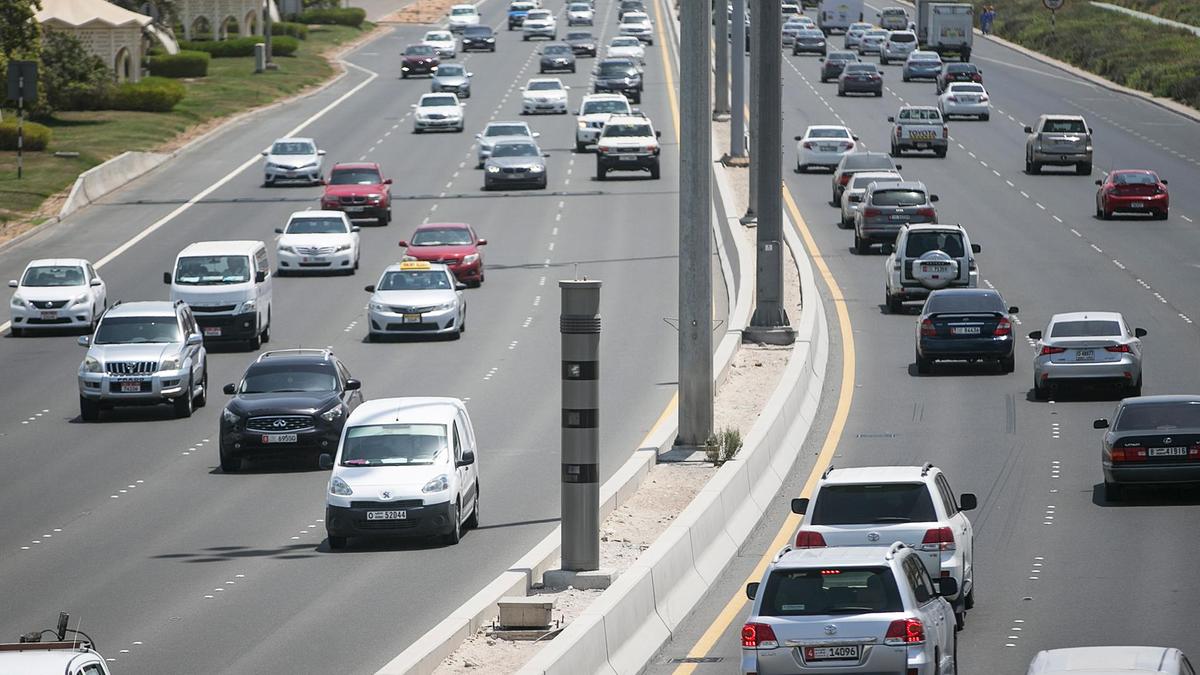 Statistics also indicate that the number of serious traffic accidents decreased by 24.1 percent, down from 4,895 in 2014 to 3,712 in 2018, despite a significant increase in the number of vehicles on the nation’s roads.

The Ministry told the Emirates News Agency, WAM, that the UAE has achieved one of the highest levels of global traffic safety in recent years by reducing the number of accidents and resulting deaths, while making great strides towards meeting the national index, which is set to reduce mortality to three per 100,000 by 2021.

The UAE is working to develop and improve traffic rules and safety by focusing on several factors, the most important of which include traffic control, raising awareness, engineering procedures, medical services and ambulances, as well as providing children and adolescents with traffic safety education to instill a safe road attitude at an early age.

The road sector in the UAE is undergoing continuous development, which has contributed to the increase in traffic safety, and as a result, the UAE has been ranked first globally in road quality for five consecutive years, from 2014 to 2018, according to the Global Competitiveness Report issued by the World Economic Forum in Davos.

Laws and traffic regulations in the UAE also play an important role in reducing the rate of road accidents, as various government departments have been joining forces to implement them, from the Ministry of Interior at the federal level to the Roads and Transport Authority at the local level.

The provisions of the Federal Traffic Law list deterrent penalties for drivers who violate its general rules, including speeding, reckless driving, and failing to adhere to traffic signs.

The UAE is also considered one of the best countries in the world in harnessing intelligent systems and advanced technologies to enhance traffic safety.

Additionally, the "Black Points" system contributes to the success of the traffic system in the UAE, and the reduction of serious violations while driving in the seven emirates, punishable by fines and other penalties, including licence revocation, vehicle impoundment, and even imprisonment. Drivers who accumulate 24 black points will face having their licences revoked, and will be obliged to attend a driving course to re-qualify.

While the UAE does not tolerate traffic offenders, it holds the safety of drivers, passengers and pedestrians in high regard. Since early July 2017, the UAE implemented Ministerial Decrees 177 and 178, regarding the issuance and renewal of driving licences, and requires the strict adherence to traffic rules to ensure the highest levels of safety for road users.