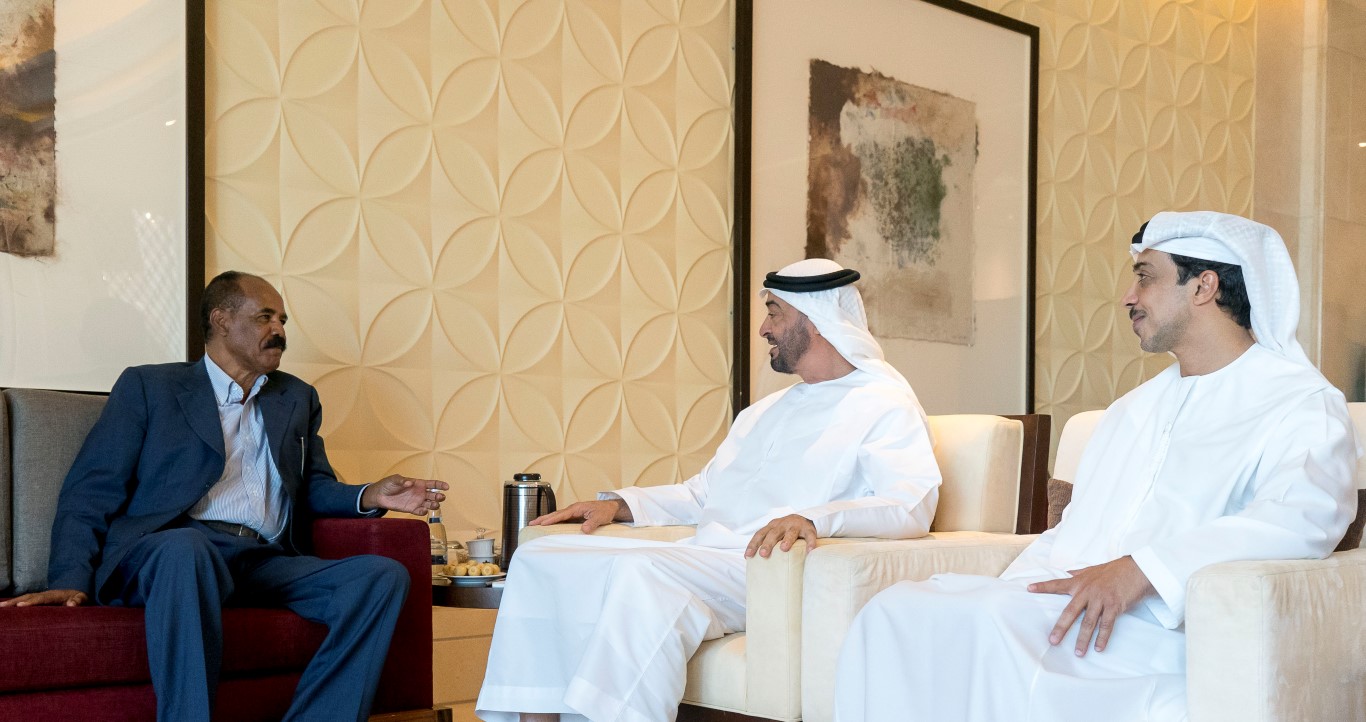 Sheikh Mohamed bin Zayed welcomed President Afwerki and expressed the hope that his visit will contribute to deepening ties of cooperation between the UAE and Eritrea for the benefit of the two friendly peoples.

During the meeting, which was attended by H.H. Sheikh Mansour bin Zayed Al Nahyan, Deputy Prime Minister and Minister of Presidential Affairs, Sheikh Mohamed and President Afwerki explored ties between the two countries, and means to develop them for their mutual interest and that of their peoples. They also discussed regional and international developments and exchanged views on them.