Without peace, tackling energy challenges would be difficult: Moroccan-born Mayor of Rotterdam 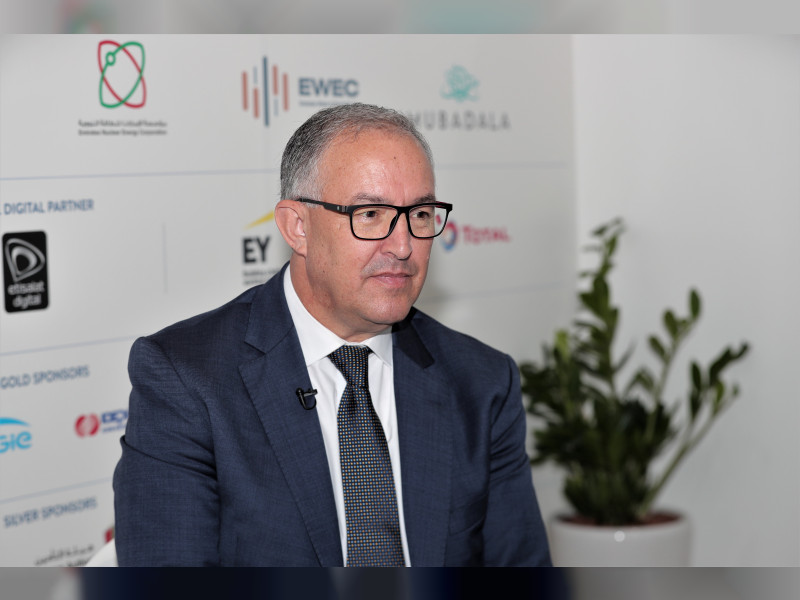 As nature has created abundant resources in some parts of the world and deficiencies in other parts of the world, "we have to work together to fill that gap," the mayor said in an exclusive interview, on the sidelines of the World Energy Congress in Abu Dhabi, where he participated as a speaker in a panel discussion on sustainable cities.

"If oil is pumped from Russia to the rest of world, why can’t we pump water from Russia to this part of the world? Water is more important than oil; without water there is no life," he pointed out.

Understanding between countries and their leaders is essential to achieve such peaceful transactions, the mayor noted. "Competition is sometimes good, but collaboration is sometimes better to move to another stage of development."

"We are lucky that the Netherlands has a good understanding with the Gulf region for many years, especially with the UAE. We learn from each other," the Moroccan-born mayor added.

An engineer by profession, Aboutaleb had worked as a journalist at some point in his career and that had helped him develop communication skills to benefit later in his political career.

He said the stories he heard from his father who was an imam at a mosque had also influenced his values and leadership capability. As an imam his father used storytelling to convey ideas to people, he said, adding that "leadership is also about telling the right stories at the right time."

As a migrant who climbed the ranks in Rotterdam's social life and politics, Aboutaleb has realised the relevance of multiculturalism in the present-day world. One has to accept the differences and the fact that there is not a superb culture that is better than others, he pointed out.

Talking about the impact of climate change on his city, the mayor said two month-long drought last year heavily affected its economy. The goods movement through barges from Rotterdam to West Germany was halted due to shrinking rivers during the drought. If drought lasts more months in future, it can be catastrophic, he said.

Therefore, Rotterdam ambitions to be a climate neutral, or zero carbon, city by 2050. It plans to become a green city with clean air, a robust economy that no longer depending on coal, oil and gas. They city’s energy system will be based on clean and renewable energy sources, the mayor explained.

About the "silent revolution" of technological disruptions that cause job losses in all sectors, Aboutaleb said governments have to reorganise the education systems to deal with this situation.

However, leaders of many countries are not aware of this transformation. Politicians do not talk about the disruptions because they cannot manage disturbances in the society. Most of the politicians, who have to win elections every few years, do not want to bring uncertainties to the debate as it may affect their electoral prospects. "In many countries, uncertainty is a big issue for politicians to manage," the mayor said.