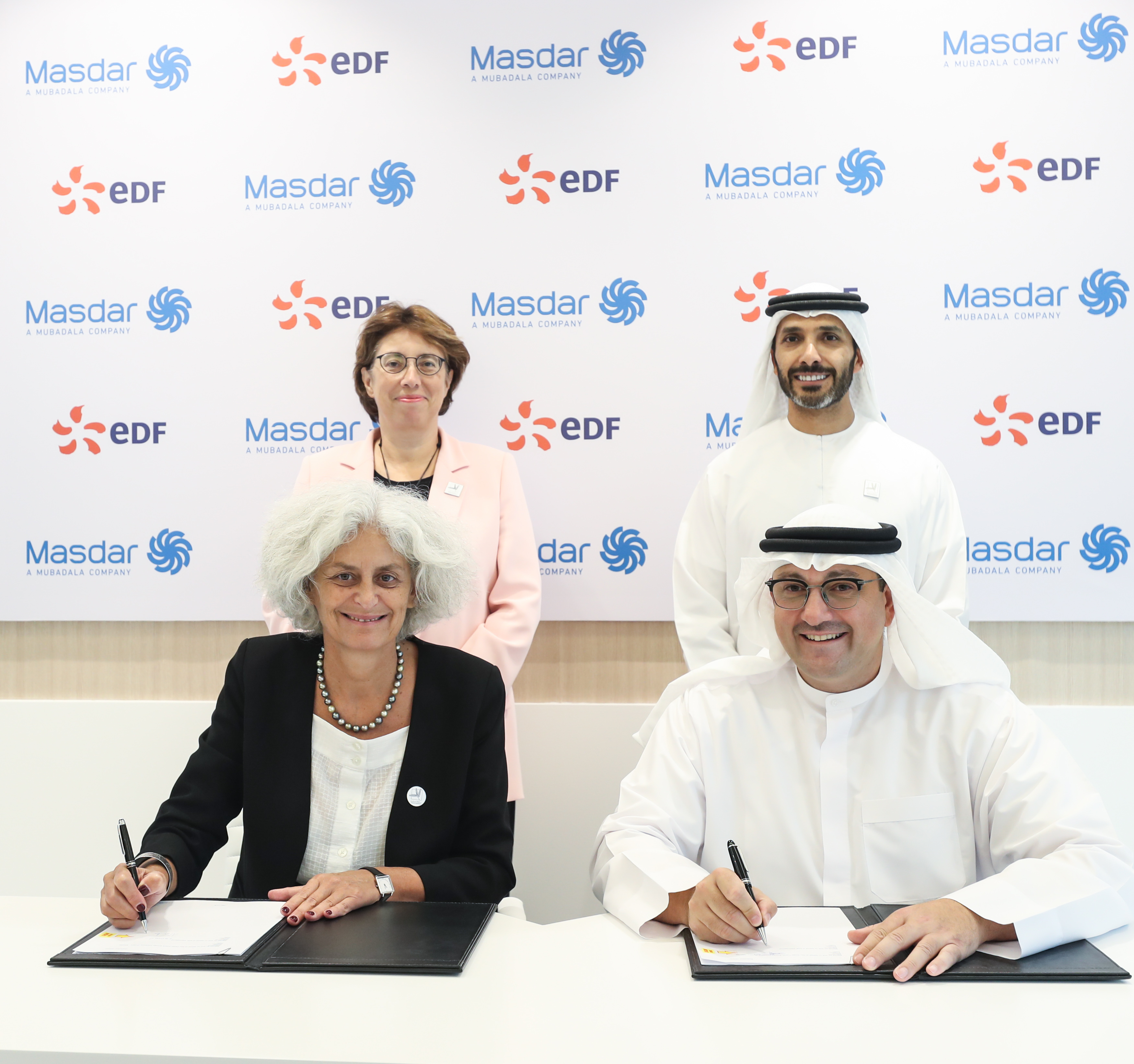 These would include building energy efficiency, solar technology below 50 megawatts and industrial waste heat recovery, among others.

At a special ceremony at the World Energy Congress in Abu Dhabi today, the agreement was signed by Mohamed Jameel Al Ramahi, CEO of Masdar, and Valerie Levkov, EDF Senior Vice-President, Africa, Middle East and the Mediterranean.

Group Senior Executive Vice President of EDF in charge of the International Division, Marianne Laigneau, said, "Having accomplished several common successes in renewables, EDF and Masdar are now extending their cooperation to energy-efficiency services. Along with Masdar, our ambition is to develop innovative solutions to optimise energy consumption and reduce the carbon footprint of our customers in the Middle East and in other countries where both companies already cooperate. With this agreement, EDF is taking another step towards achieving one of its CAP 2030 goals to triple its international business by 2030 compared to 2015."

Just last month, the consortium of EDF Renewables and Masdar announced that they had reached a financial close on the 400MW Dumat Al Jandal wind project in Saudi Arabia, the country’s first utility-scale wind farm that will be the largest in the Middle East when completed.

In May, the Moroccan Agency for Solar Energy announced that the consortium of EDF (through its subsidiary EDF Renewables), Masdar, and Green of Africa, Moroccan Independent Power Producer, was the successful bidder for the design, construction, operation and maintenance of the Noor Midelt I multi-technologies solar power plant.

Both companies are also partners in developing the third phase of the 800-megawatt Mohammed bin Rashid Al Maktoum Solar Park in Dubai.

The ceremony was attended by Khaled Abdulla Al Qubaisi, CEO of Aerospace, Renewables and ICT at Mubadala, and Laigneau.