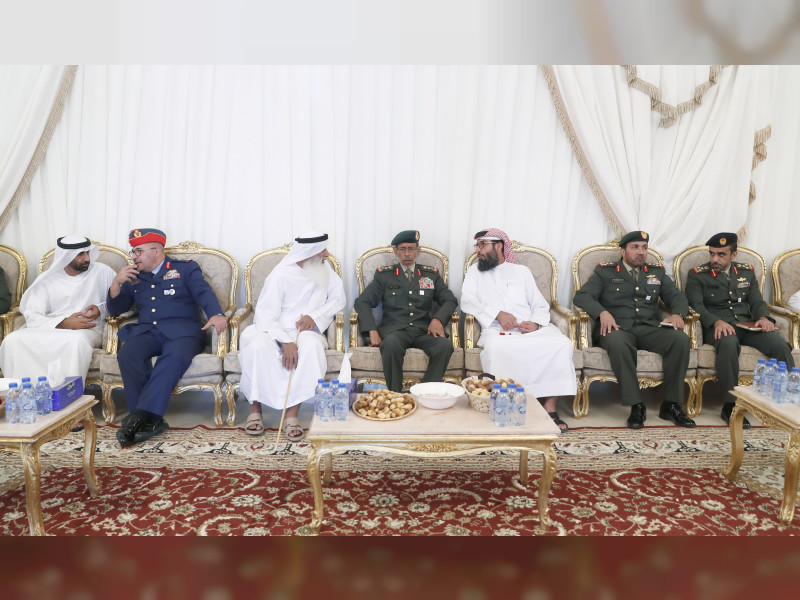 While visiting their mourning Majlis in Al Faw'a and Manazef districts in Al Ain, Al Rumaithi expressed his heartfelt condolences to the families of the martyrs, and prayed to Allah Almighty to rest the martyrs' souls in Paradise.