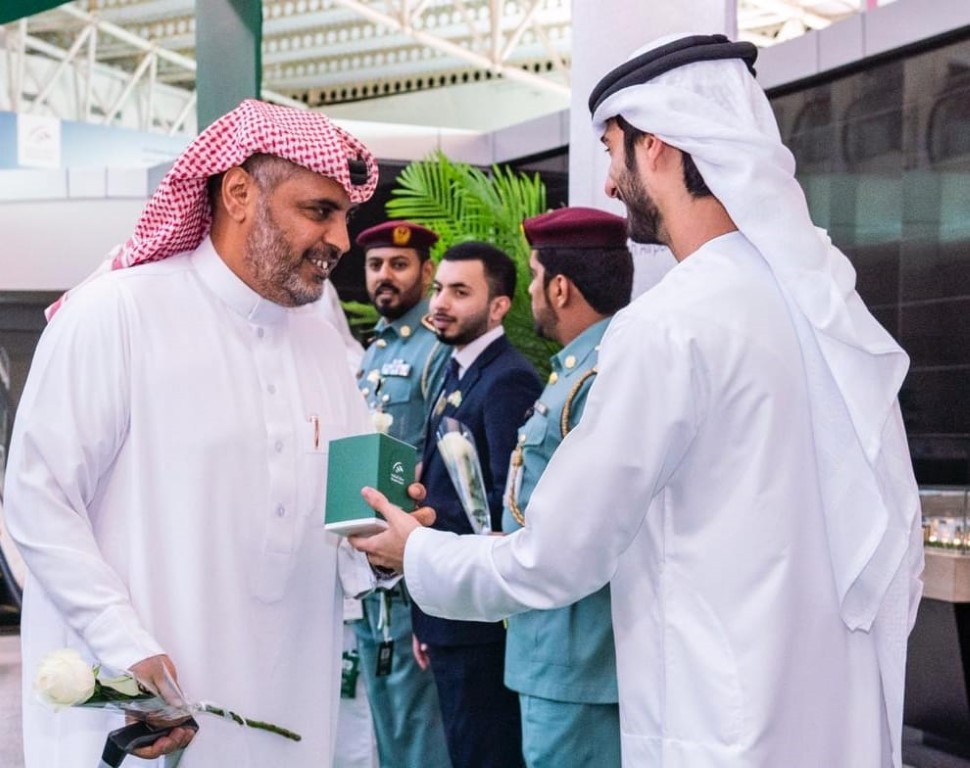 SHARJAH, 20th September, 2019 (WAM) -- A number of senior officials and representatives from the Sharjah Airport Authority have participated in celebrations of the Kingdom of Saudi Arabia on the occasion of its 89th National Day, that falls on 23rd September.

During the celebrations, which continued for three days, roses and Saudi flags were handed out in a symbolic gesture reflecting the brotherly feelings and strong relations between the peoples of the two countries.

The Saudi visitors extended thanks to the Chairman of Sharjah Airport Authority and to the staff and employees of Sharjah Airport for this initiative, praying to Allah the Almighty to preserve the country’s security and stability under its wise leadership.