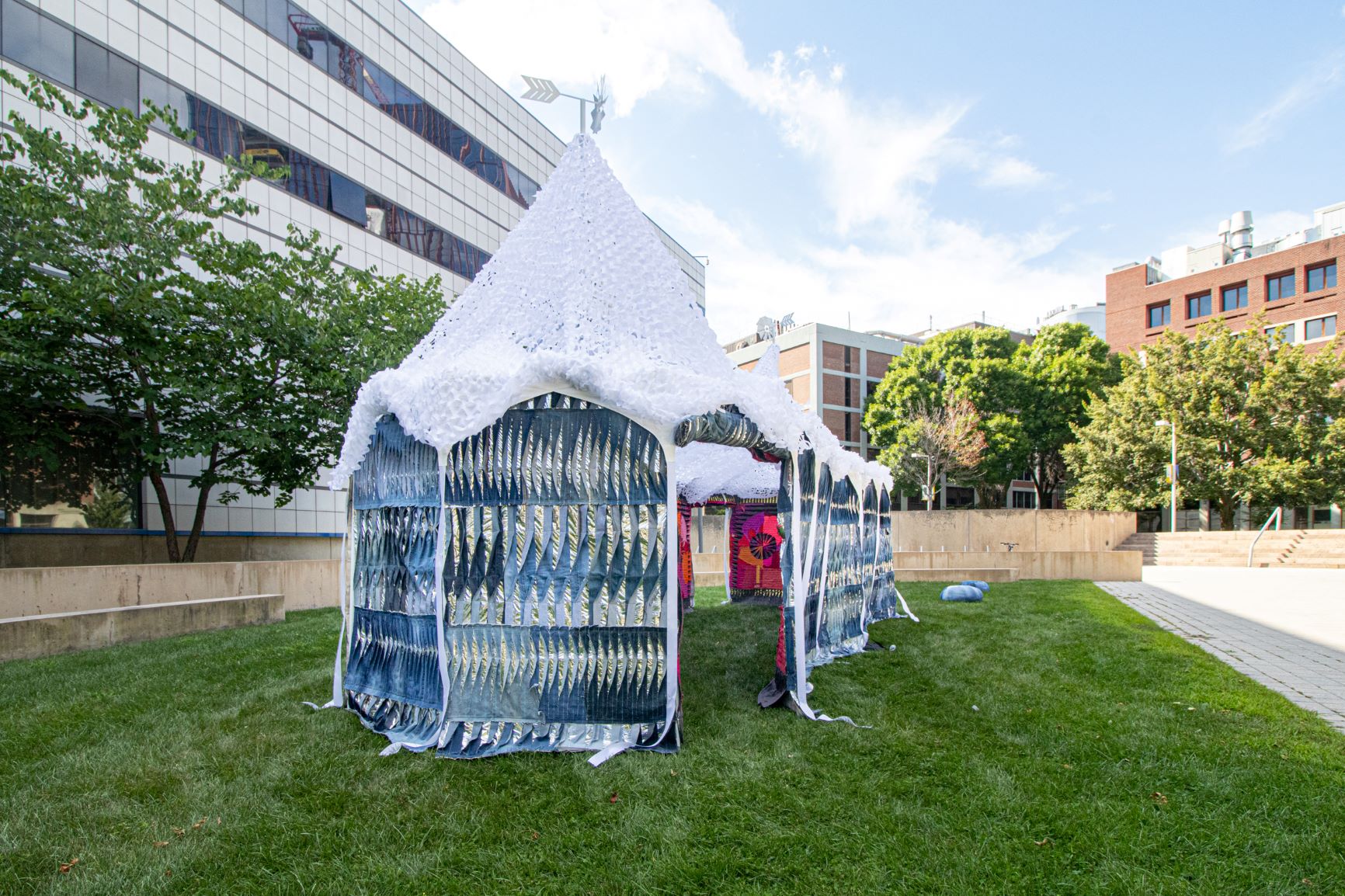 SHARJAH, 20th September, 2019 (WAM) -- The Sharjah Museums Authority, SMA, is celebrating the heritage of the MENA region through a portable "palace" made of recycled fabric using the art of reverse Appliqué.

The ‘T-Serai’ (an acronym for Textile Systems for Engagement and Research in Artistic Impact), exhibition will open on 25th September, and will run through 7th December, 2019, at the Sharjah Museum of Islamic Civilisation.

Over six months, Aksamija and a team of her lab collaborators and students have produced the intricate designs using the reverse Appliqué technique, referencing a textile craft that was extensively used during the Ottoman Empire and in the Egyptian Khayamia. Appliqué is an ancient sewing craft, where the designs are achieved by layering small pieces of fabric onto a separate base fabric to form beautiful designs. Reverse appliqué involves cutting away pieces of layered fabric to reveal shapes and colours layered underneath.

The ten-week exhibition showcases the installation in the form of a portable palace for transcultural futures inspired by the tent traditions of the MENA region and developed with support from SMA by a team of MIT Future Heritage Lab researchers, students, and refugee learners across the USA, Europe, and the MENA region.

"SMA is delighted to have commissioned this extraordinary work that experiments with the convergence of contemporary art and traditional Islamic design," said Manal Ataya, Director-General of SMA.

"SMA hopes the exhibition will encourage artists to experiment with different materials and ideas, as we are committed to bringing new forms of artistic dialogue to inspire our audiences," Ataya said.

"It is important for SMA to always promote the connections between traditional and classical Islamic arts with that of contemporary approaches to Islamic art and design. SMA is responsible for promoting the Emirate of Sharjah as a cultural capital, by exchanging knowledge and perspectives, with the ultimate goal of enriching cultural experiences," Ataya said in conclusion.

Azra Aksamija said, "The exhibition reflects SMA’s humanist mission to advance the knowledge about the cultural and scientific achievements of Islamic societies, and aims to assess the potential of art and architecture to transform conflicts and connect people across cultural and disciplinary borders.

Over the past three years, the MIT Future Heritage Lab has been operating a series of transdisciplinary collaborations aimed at addressing the cultural, educational, and emotional needs of refugees.

A discussion on the opening night will examine the role of art and architecture in transforming conflicts and bridging cultural divides.