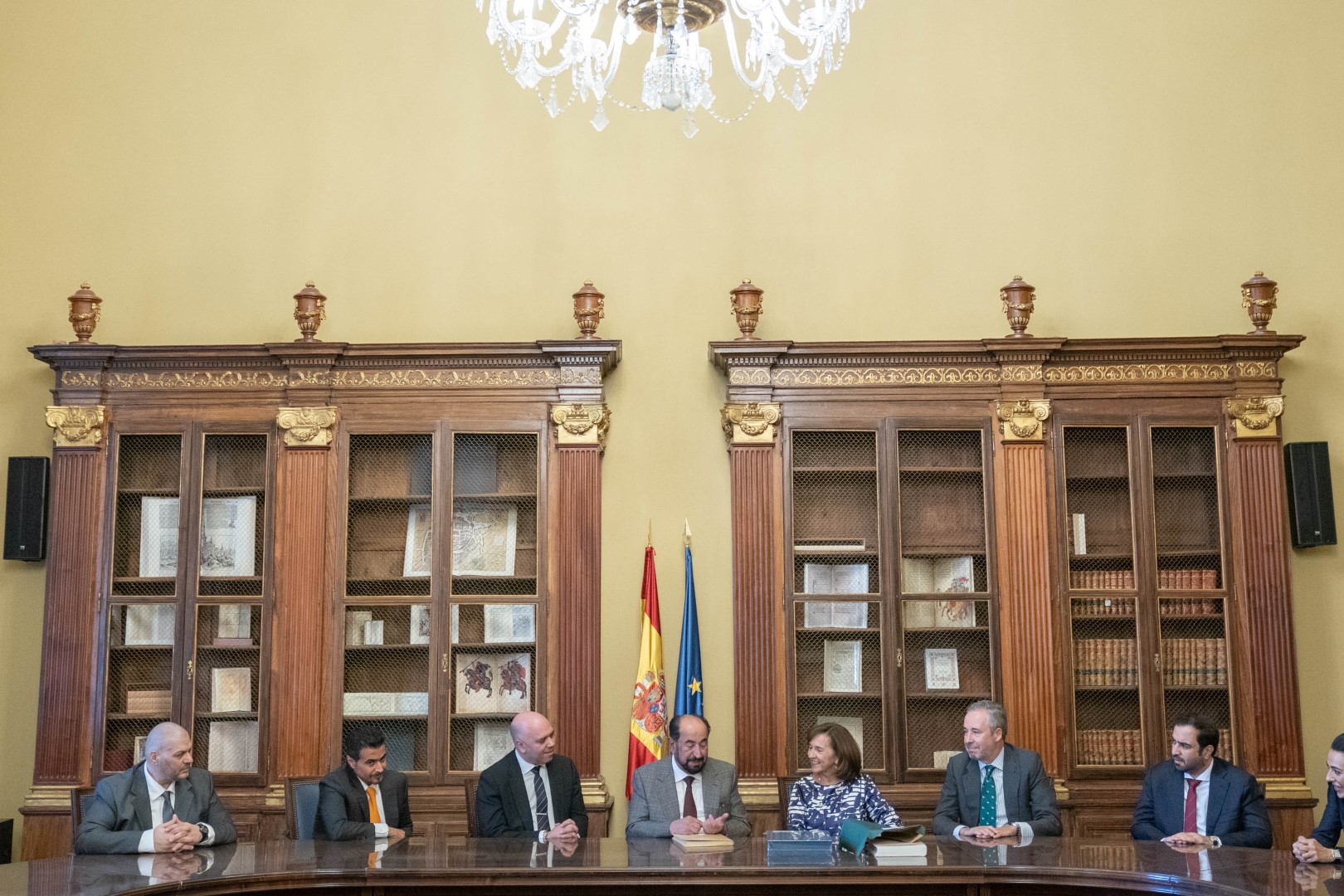 During his visit, the Sharjah Ruler was briefed by Ana Santos, Director of the Library, on the entire collection the library houses – books, magazines, newspapers, sound recordings, databases, maps and manuscripts.

Sharjah Ruler toured the historic halls of Maria Moliner and Miguel de Cervantes, which contain a wide range of books and documents accessible to visitors and researchers in an easy and organised way.

Visiting the rare manuscripts section was part of the tour, where the library's officials showcased a collection of old manuscripts on Islamic, literary and historical sciences, as well as rare editions of the Holy Qur'an.

He also reviewed a set of geographical maps of the continent of Asia and the Arabian Peninsula.

At the end of the tour, Sharjah Ruler and his accompanying delegation took a commemorative photo with the library representatives.