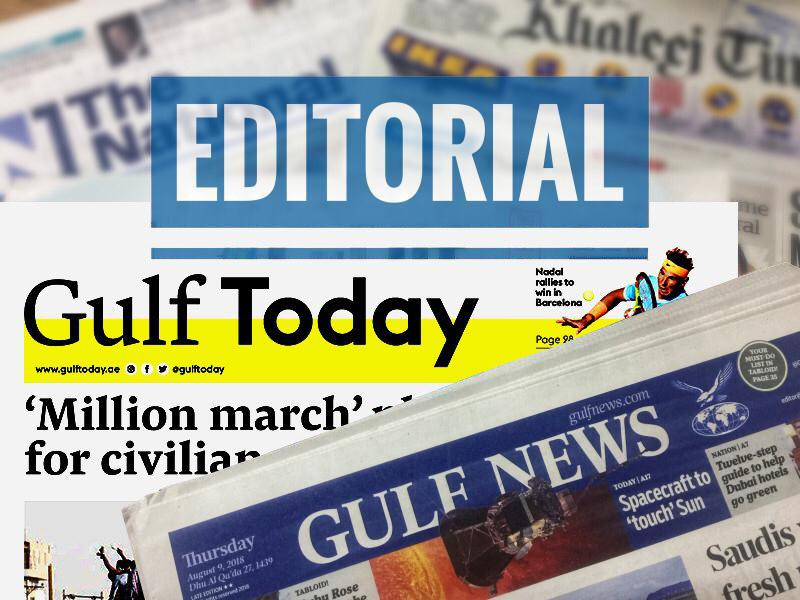 ABU DHABI, 10th October, 2019 (WAM) -- A UAE newspaper has said that the country has added another feather to its cap by ranking first in the Arab World and 25th globally in the Global Competitiveness Report, 2019, released by the World Economic Forum, Davos.

"Bold and pragmatic decisions are what have helped the UAE race ahead to the top in the region and gain adoration across the globe," said The Gulf Today in an editorial on Thursday.

According to the report, which assesses the competitiveness landscape of 141 economies, providing unique insight into the drivers of economic growth, the UAE gained two positions since the last edition.

Launched in 1979, the report provides an annual assessment of the drivers of productivity and long-term economic growth. The assessment is based on the Global Competitiveness Index, GCI, which maps the competitiveness landscape of 141 economies through 103 indicators organised into 12 pillars.

These pillars are: Institutions, Infrastructure; ICT adoption; Macroeconomic stability; Health; Skills; Product market; Labour market; Financial system; Market size; Business dynamism; and Innovation capability. For each indicator, the index uses a scale from 0 to 100 and the final score shows how close an economy is to the ideal state or "frontier" of competitiveness.

On another front, the UAE has ranked first globally for air trade facilitation and tops the Middle East region for visa openness, as per the International Air Transport Association, IATA.

This came as IATA presented its study on the importance of air transport to the UAE showing that ongoing prioritisation of aviation as a key strategic asset could generate an additional 620,000 jobs and an extra $80 billion in GDP for the nation’s economy by 2037.

As Muhammad Ali Albakri, IATA’s Regional Vice President for the Middle East, points out, over the past 25 years, the UAE has experienced an economic transformation; aviation has been at the heart of this evolution. Few states have a better understanding of the economic benefits that aviation’s connectivity provides than the UAE.

Today, the UAE is ranked number one globally for air trade facilitation, tops the Middle East region for visa openness, is an aviation powerhouse and its airlines carry the country’s flag to all corners of the globe.

"All these go to prove that the forward-looking vision of the leadership is paying rich dividends," concluded the Sharjah-based daily.